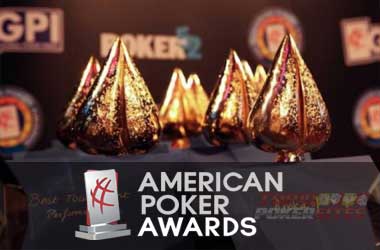 The main difference in this year’s awards ceremony is a change in venue. For the past few years, the awards were held at the SLS Hotel in Beverly Hills. This year it will be at Andaz West Hollywood, Los Angeles.

We are very excited to return to the Los Angeles area for a fourth straight year to reward the most deserving poker players, industry leaders and media members in the business.

GPI will look back at 2017 and look to recognize and honor the top achievers and performers in the global poker industry. One of the interesting things about the American Poker Awards is that award categories change every year. This reflects the constant evolution in the poker world. There have been a few categories that have stayed constant though. This includes Media Person of the Year, Industry Person of the Year, Breakout Performance of the Year and Tournament Performance of the Year.

The GPI which maintains a ranking system for poker players from all over the world will look to recognized and award the best male and female players based on their ranking. There will also be a special award for the best GPI ranked American poker player. For the men’s division, this year’s award will go to Adrian Mateos. The Spanish player managed to narrowly beat Bryn Kenney in a December surge of points that took him to the top spot. For 2017, Mateos managed to have 37 cash-ins for a total of $5,881,228. Besides winning all that money, Mateos won four major events in 2017.

One of the notable victories was his win at the World Series of Poker $10,000 No-Limit Hold’em Heads- Up Championship. This victory also allowed him to set a new record: Mateos who is just 22, is the youngest player to win three WSOP bracelets. Kenney also had a great year on the poker circuit and will receive the American Player of the Year award.

For the female division, Kristen Bicknell topped the GPI rankings. She traveled extensively in 2017 and played a number of tournaments across the world. She finished the year strong with a victory at the World Poker Tour Five Diamond in a $5,000 side event and cashed in $200,000. Further nominations for the 2018 APA will be announced in the coming weeks.