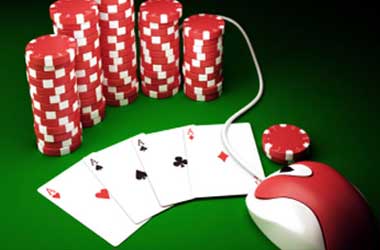 The online gambling industry is growing at a steady pace across the world and recent third quarter results from global online gaming operators confirm this.

The Summit of iGaming Malta (SiGMA) hosted the second annual European Poker Conference last week and leading iGaming operators and specialists converged to talk about the state of the global poker industry. One of the interesting presentations at the conference was a report made by Poker Industry PRO which published online poker industry results from Q3.

According to the report, four of the top global iGaming operators recorded Q3 year-on-year growth in their online poker revenue. The Stars Group which runs PokerStars, GVC which runs partypoker, 888 Holdings which runs 888poker and Zynga all reported a third quarter increase when compared to the same quarter in 2016.

The Stars Group continues to have the biggest share of the online poker market, reporting $221.4 million in Q3. The numbers are up 12.5 percent when compared to the Q3 2016 which had revenues of $196.8 million. This also made it the strongest quarter for the Stars Group in nearly two years.

According to Rafi Ashkenazi, CEO of The Stars Group, their new player loyalty program called Stars Reward was instrumental to the company’s growth. Through their barely-a-year-old loyalty program, they were able to give back over $45 million in rewards, which continue to draw patronage from their massive player base.

While The Stars Group continue its steady pace, GVC reported the biggest growth in terms of year-on-year revenue. GVC raked in an estimated $29.1 million in Q3, which is a whopping 57 percent increase from its $18.5 million in Q3 2016.

GVC witnessed great results this year after partypoker was crowned Poker Operator of the Year at the EGR Operator Awards. The site has revamped both its live and online offerings, and also brought changes to their Diamond Club rewards program. Partypoker also went out and added a number of high profile names to their list of ambassadors.

Kindred was the only one among the top five online operators surveyed by Poker Industry PRO to report a dip in its Q3 2017 earnings, down to $3.9 million from last year’s $4.2 million. When one take into consideration the reported revenues from the top four online poker operators, total revenues for Q3 amount to $275.6 million which is a 14.5 percent increase year-on- year.