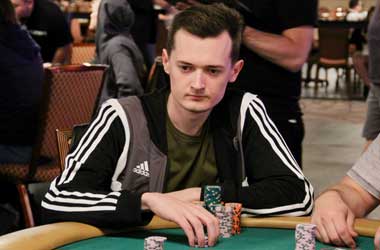 It’s the dream of every poker pro to have a great run at the World Series of Poker (WSOP) and do well especially in the Main Event.

That dream came true for young Nick Marchington who travelled from the United Kingdom to play at the 2019 WSOP Main Event.

The British poker player had a good run, made it to the final table and ended up finishing in 7th place to win a little over $1.5 million in prize money. It was the biggest achievement in his poker career till date, given the fact that he mostly players online cash games.

However, his happiness was soon spoiled as the WSOP announced that they were going to hold on to his winnings due to a complaint they received.

The 21 year old poker pro had earlier agreed to a deal with C Biscuit, a team of financial backers who were willing to finance a percentage of his WSOP stake at a 1.2 markup. They gave him the money and expected him to honor the deal. However, Marchington decided that he had made a bad deal and decided to back out.

He informed C Biscuit that he wanted to backout and would return the money. He also apologised for his poor etiquette and received confirmation from C Biscuit that they would send someone over to collect their money. However, their collectors did not show up due to a delay and Marchington went on to play the Main Event and win $1.5 million.

C Biscuit raised a dispute based on the fact that their money was not returned before the Main Event commenced and hence they felt they were entitled to receive the agreed percentage of Marchington’s Main Event cashout.

C Biscuit decided to take the legal route to recover their share of the profits and Marchington decided to fight back with his legal team. The judge presiding over the case ruled in favour of Marchington and has allowed him to collect his full winnings from the WSOP.

While this will be a relief to Nick Marchington, it is quite possible that C Biscuit and their legal team can file an appeal and continue with their legal action. As of now, there is no final ruling in this case. Both parties have so far not released any statement on the ruling.