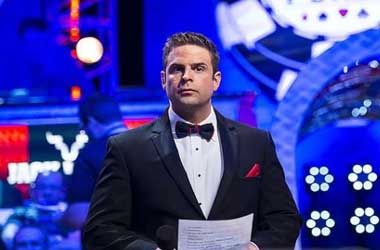 When you organize a tournament as big and as long as the World Series of Poker (WSOP), you are bound to run into challenges. Jack Effel, Vice President of the WSOP has served as WSOP Tournament Director for a number of years and continues in that role.

Effel has loads of experience in dealing with strange and difficult situations at the WSOP.

His team has done a great job so far at the 2019 WSOP and have faced just a few hiccups this season. They had to call him during the 2019 WSOP Main Event after a dealer made a big mistake.

With just 11 players remaining on Day 7, poker pro Dario Sammartino raised to 1.7 million with pocket 10s and Nick Marchington decided to go all in and put 22.2 million on the line with his pocket queens.

When the dealer realized that she had made a mistake, she had to call on Jack Effel to come and sort things out. Sammartino was unhappy with the dealer’s mistake as he claimed that if he knew the hand was for 22.2 million, he might not have made the call and matched the bet.

Effel was quick to use the WSOP tournament rules to point out to Sammartino that it was his responsibility to determine the total amount of chips and not go by what the dealer says. The rules state that if the dealer states the wrong amount and the player calls, the responsibility remains with the player to accept the corrective action and match the real amount.

Many poker pros took to social media to address the controversy at the 2019 WSOP Main Event. While a number of pros felt sorry for the dealer, they were not happy with the way Jack Effel dealt with the situation.

Poker pro Liv Boeree said while the dealer made a huge mistake, Effel’s remark was false and inflammatory. He should have apologized for the mistake instead of trying to justify things by way of the rules.