Jackie Glazier’s Stint On ‘Survivor’ Comes To An Early End

Jackie Glazier’s Stint On ‘Survivor’ Comes To An Early End 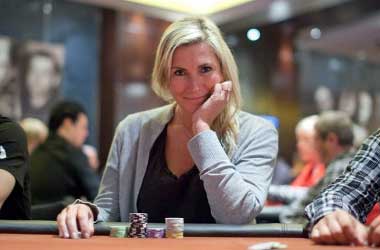 Jackie Glazier is well known in poker circles ‘down under‘ as she has the distinction of winning a World Series of Poker (WSOP) bracelet.

The Aussie poker pro announced last month that she was going to compete in the new season of the Australian version of Survivor.

Sadly, her bid to make it through to the final of the Survivor reality show came to an end midway through the show when she was voted off. Despite being ousted much sooner than she would have liked, Glazier took to social media and told her followers that she felt very blessed to have been given a chance to participate in the game.

Jackie admits that she hates to lose but she also said that she hates being a poor sport. The acknowledged that she had a lot of respect for her tribe and even went so far as to say that it was the correct move to vote her out. She continued on reaffirming her respect for the game and that she will always be a fan of Survivor.

The American version of Survivor usually starts with 18-20 castaways who compete over a 39-day period for a $1 million prize. Australia’s version of the game had a field of 24 competitors who battled it out over a gruelling 50-day period for a $500,000 prize. This season of Australian Survivor: Champions V Contenders sees a tribe of 12 “Contenders” going up against 12 excellent players, or “Champions”. Glazier was in the Champion tribe as she claimed to have been a Rubik’s Cube champion.

Glazier was quick to gain a bit of notoriety when she tried to sway her tribe to vote out Russell Hantz who is perhaps the most infamous villain in the history of the show. A run of immunity wins by her tribe helped Glazier find her rhythm although she appeared to have troubles with the more physical challenges. However, she was of use when it came to problem-solving. Unfortunately for Glazier, she fell out of favour with an alliance that was led by footballer Mat Rogers who said that he didn’t feel that he could trust Jackie. She was voted out on Day 26 becoming the 11th casualty.

Other poker pros have competed on Survivor too. In 2015, Ilari Sahamies was a contestant in the show’s Finnish version while Anna Khait gave it a shot during the 32nd season of the American version. Jean-Robert Bellande and Garrett Adelstein have also appeared on the show.