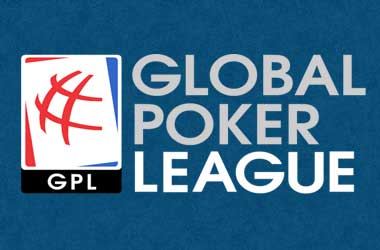 The first Global Poker League (GPL) entered into its next stage after Mediarex Entertainment released the list of players who will participate in the inaugural season of the GPL.

The draft day or the day on which the twelve leagues get a chance to pick up players for their franchises is scheduled to take place on February 25 at the SLS Hotel in Beverly Hills.

According to the rules, each GPL franchise will have five players, three of whom are to be picked up during GPL Draft Day while the remaining two players would be wild card entries.

The list of players who will be chosen during Draft Day will be based on the top 1,000 Global Poker Index ranked players.

The turnout for players signing up for the GPL Draft was much more than we expected, and I see that as a sign of hope. When players unite, they can make a real impact on the growth of poker. We’re happy to try and provide a foundation to make that happen.

Poker players who want to be a part of the GPL will have to be ranked within the top 1,000 of the Global Poker Index rankings and need to confirm their availability to join the league. A number of top professional poker players have decided to participate and be among the first players to create history by participating in the GPL. However some of the top poker pros like Daniel Negreanu and Phil Hellmuth have chosen to host the GPL Draft day instead of signing up to be a part of the GPL.

Some of the top players who have signed up for the GPL include Antonio Esfandiari who is placed second in the U.S all-time money list in live tournament winnings that have exceeded $26 million. Other players include Kevin MacPhee, Jonathan Duhamel, Jeff Madsen, Brian Rast, Vanessa Selbst and Jason Mercier.

So far a total of 203 poker players have registered to be a part of the GPL and they come from the United States, China, Canada, Russia, Hong Kong, Singapore and Brazil. The total career prize money of these 200 players is in excess of $550,000,000. While the GPL is yet to release a full list of the 203 players who have registered, it has confirmed that players like Dominik Nitsche, Davidi Kitai, Vladimir Troyanovskiy, Benjamin Pollak and Sylvain Loosli have registered for the GPL.