APL Tournament In China Abruptly Shut Down By Authorities

APL Tournament In China Abruptly Shut Down By Authorities 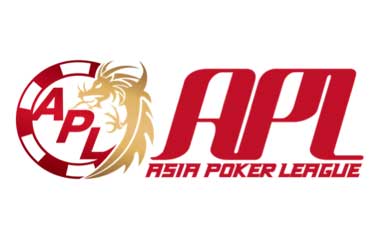 Yet another live poker event in China has been shut down by the authorities, throwing the players and organizers into confusion. The latest shutdown reaffirms the uncertainty surrounding the staging of poker tournaments in the country.

The Asia Poker League (APL) Shanghai was scheduled to be held from Nov 24 to Nov. 29 in the city of Kunshan which is located on the outskirts of Shanghai. The organizers got a license to hold the event through its partner, the PokerSports Shanghai Club, which has a history of organizing successful poker tournaments.

However according to a news report authorities halted the tournament resulting in players wrapping up play rather abruptly at the end of Day 1. Organizers told players at 8 p.m. that they would have stop playing within a few hands and the tournament was being paused. The event organizers held a high level meeting the next morning with local authorities and after discussions, formally issued an announcement stating that the tournament was cancelled.

Thought to be a completely unexpected development, APL president Judic Kim stated later that the club had always held tournaments in compliance with local laws. He said that the onus was on the organizers to close down play if there were any legal issues. APL Shanghai is a partnership that comprises three entities – the Asia Poker League, PokerSports Shanghai Club and the Beijing Poker Club.

In a statement Judic Kim, President of the APL said,

If there is a misunderstanding related to the scope of the event with the local authorities and that this problem cannot be solved it’s our responsibility to take such a decision. Our priority is to protect our players and to make sure that the Asia Poker League future in Mainland China remains intact

According to sources quoted in the news report, a turf war between Kushan’s authorities was the reason for the closure, with various authorities differing on how the tournament was to be run. Such disruption of scheduled tournaments is a common event in China where gambling is illegal and poker tournaments are held under the close observance of authorities as a result of some grey areas in the law with respect to the game of poker.

A PokerStars branded event Asia Pacific Poker Tour Nanjing Millions was similarly stopped with no notice in 2015. The event had been approved earlier by the authorities labelling it as a sporting event. But subsequently, the event was shut down on accusations that the organizers were conducting illegal gambling activities.