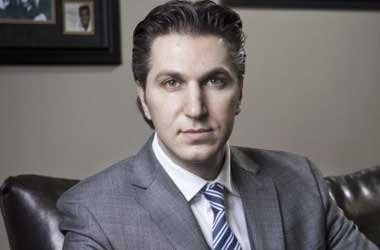 The embattled co-founder and former Chief Executive Officer of Canadian based Amaya Inc David Baazov has resigned from all positions in the organization as he contests the insider trading charges filed against him.

Baazov had stepped down temporarily in March this year after the Canadian securities regulator Autorité des Marchés Financiers (AMF) of the Quebec region accused him of leaking confidential information to his brother for purposes of carrying out illegal trades ahead of merger deals by Amaya including the $4.9 billion takeover of the Rational Group, the company that owned PokerStars, the biggest online poker website in the world.

The regulator had filed five charges against Baazov related to insider trading including the use of privileged information for trading and passing confidential information. Thirteen others were also charged in related cases.

Rafi Ashkenazi had been appointed as the interim CEO of the company after Baazov stepped down. He will now take over the role permanently. Similarly Divyesh Gadhia who was the interim Chairman of the Board will also be appointed permanently. Amaya Inc released a statement and confirmed that it had accepted Baazov’s resignation and thanked him for his contribution to making the company a success.

In a statement, Amaya said,

Amaya thanks Mr. Baazov for his contributions to Amaya since its inception and through its rapid growth, and looks forward to Mr. Ashkenazi’s continued success in leading the execution of Amaya’s strategy.

Baazov also made a comment saying that he was proud of his contributions and remained supportive of the company’s management and strategy.

While Baazov’s formal involvement in the company has ended, his proposal to take over the company along with a group of investors still remains under discussion. According to local media reports, the negotiations related to the bid were still underway between the concerned parties. The company said that its Special Committee of the Board was pursuing all strategic alternatives towards achieving the best outcome for Amaya and its shareholders.

Currently, Amaya has control of around 70 percent of the real-money poker market. Latest financial results released for the second quarter of 2016 reveals that the company’s revenue from online poker was $215.6 million, virtually the same as last year.

Total revenue was $285.9 million which was a growth of 10.2 percent year-on- year. Revenue from online casino and sports book products contributed to around 21 percent of total revenue, a growth of 12 percent over last quarter. This indicates a decline in the contribution of online poker to its revenues. Overall, customer registrations for the company grew by over 1.9 million to reach around 103.5 million by the end of the second quarter.