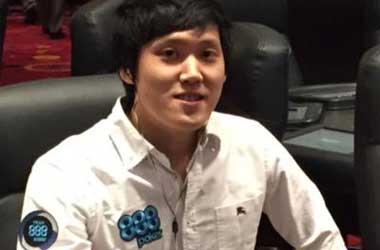 The gambling industry in Asia has been growing at a rapid pace with countries like Japan and South Korea fast becoming hotspots for gambling establishments to set up operations. 888poker is looking to establish its presence in Japan and has signed Akira Ohyama, one of the best online poker players in Japan to its brand.

Akira Ohyama will now be a part of team 888 and will assist the company in promoting its brand in Japan and building a player database. PokerStars, the biggest online poker website in the world had earlier signed Japanese pro Kosei Ichinose and model Yuiko Matsukawa to be a part of Team PokerStars.

Ohyama has been playing online poker for a living for the last 4 years in Japan and uses the screen name ‘Clutch Hero’ to play at the 888 poker website. He has done extremely well on the online circuit and reasonably well playing live poker across the world. His total career prize money as of today is more than a million dollars and the new deal with 888poker will bring him more revenue and career exposure.

In a statement, Akira Ohyama said

I am honoured to become a part of Team 888poker, and I am excited to help poker and the 888 brand grow in my country. I will continue working hard both on and off the tables to play to the best of my ability and show results while representing my favorite site, 888poker.

Both PokerStars and 888poker have approached a number of well known names in Asia in an effort to collaborate and be ready to launch operations in Japan. Team 888poker will now have Akira Ohyama, Sofia Lövgren, Bruno Politano, Nicolau-Villa Lobos, Jackie Glazier and Bruno Kawauti as part of its brand ambassadors.

Japan currently permits online poker but is yet to legalize the live poker industry. The government of Japan is currently reviewing a proposal that wants the live casino industry to also be legalized.

The Las Vegas Sands and MGM have also expressed significant interest in Japan and are confident that the Japanese government will soon pass a bill to allow live casinos to operate in Japan and capitalize on the additional revenue the industry would generate for the country.

Adelson has also committed to investing $10 billion into Japan to set up a mega casino and MGM president has not provided a number but has confirmed that his company will build a casino in Osaka that will be a landmark destination for the country.