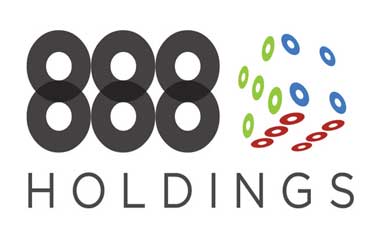 The majority of online poker websites experienced a significant decline in 2014 due to stringent regulations in European markets and the slow progress into the legalization of online poker in the United States. 888 Holdings was one company that successfully managed to post profits even if it was by a small margin.

The company recently released its financial results which confirmed that it brought in $93.7 million in poker revenues during 2014. The margin of profit when compared to 888 Holdings $93.6 million in 2013 is extremely small but considering overall market conditions, the company was happy to see its poker revenues had not dropped. This consistent performance by 888 Holdings has firmly established the company to be the second biggest poker website in the world.

888 Holdings still has a long way to go before it can challenge Amaya Gaming’s PokerStars position of being the biggest poker website in the world. The company is currently looking to expand its presence in the United States and capture a bigger market share in Europe.

Our core casino product delivered another outstanding performance reflecting out strength and heritage in this vertical, while 888Poker cemented its position at number two in the PokerScout global rankings at year end.

The outstanding 115-percent revenue growth from 888Sport was an undoubted highlight of 2014 and we continue to see very exciting growth opportunities in this vertical.

After PokerStars, 888 Holdings generates more poker player traffic than any other poker website in the world. The company has consistently drawn more organic traffic on a weekly basis than the likes of Full Tilt Poker, PartyPoker, iPoker Network and Bodog. One of the biggest challenges that 888 Holdings faced in 2014 was dealing with the new Point of Consumption Tax that was imposed in the United Kingdom. The higher taxes imposed by the United Kingdom meant that 888 Holdings had to be prepared to pay out more in taxes and take in less profits. Mattingley stated that while these new regulations did pose a challenge to the company, they were able to work out their policies and run a smooth operation in the UK.

Mattingley is aware that 2015 could also be a challenging year for the online poker industry but he is confident that 888 Holdings would be able to adapt to a difficult market and continue to post a profit.