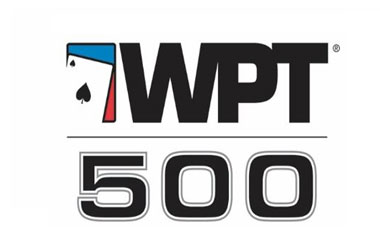 The World Poker Tour (WPT) will be holding the WPT500 Los Angeles event at the Gardens Casino between May 21 and 31 according to a recent announcement. The WPT said that the tournament will have a $1 million guarantee with the buy-in fixed at $565. Fourteen starting flights are slated to be held, offering a plethora of opportunities for poker players to win a piece of the prize.

This is the seventh edition of the WPT500 event and will be the first time that it is being held in a casino other than the ARIA of Las Vegas or the Dusk Till Dawn in Nottingham, United Kingdom.

In a statement, Ron Sarabi, general manager of the Gardens casino said,

We are excited to welcome the World Poker Tour to The Gardens Casino for WPT500 Los Angeles. With a $1 million guaranteed prize pool at an accessible price point of $565, WPT500 Los Angeles is the perfect main event for The Gardens Poker Festival and a must-attend tournament for all players.

Angelica Hael, WPT VP of Global Tour Management stated that WPT was thrilled to partner with the Gardens Casino adding that WPT500 would be a great addition to the state’s poker scene. A new feature to be introduced this year is the inclusion of the Action Clock from GAME, LLC. The Clock is a 30-second timer that is used for every player’s turn The addition of the timer is a step towards speeding up the game and making it more exciting for viewers. The WPT has used the Action clock earlier it in its Tournament of Champions where it received positive reviews. The Action Clock comes into play when there are 54 players remaining in the event.

The event’s starting flights initially begins on May 21 with each one being held for four days. Subsequently two flights will be held on each day between May 25 and 29. The final table will be on May 31 which will be streamed live. The tournament will be adopting the best stack forward format under which players will be able to play in as many flights as they want and move forward to Day 2 with the best of the stacks among them.Players get unlimited entries for first eight levels.

The event has drawn a strong response in its previous three editions with entries numbering 3,599, 5,113 and 3,956 respectively. Earlier winners include Craig Varnell in 2015 and Sean Yu in 2014.