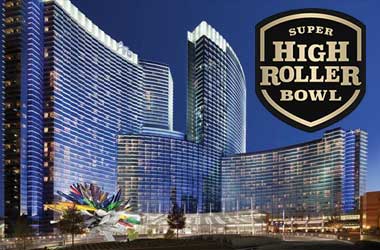 The 2016 edition of the Super High Roller Bowl hosted by ARIA Resort & Casino in Las Vegas has been sold out three month before its start date.

The high stakes event had a limited entry allowing in only 49 players and those seats filled up quite quickly.

This is the second edition of the Super High Roller Bowl which is scheduled to be held from May 29 to June 1.

The exclusive tournament was launched last year and due to its success, the second edition was scheduled this year as well.

All 49 seats for the tournament were filled up earlier this week, nearly three months before the launch date. The high stakes game required a non-refundable deposit of $30,000 to reserve a seat and reservations opened out in January.

I’ve never seen a high stakes tournament sell out three months in advance. It’s unprecedented. We have a significant waiting list, too!

The huge prize pool of $15 million is credited to be one of the main reasons for this level of interest from seasoned high rollers. Players will need to put in a rake-free amount of $300,000 towards the prize money and a further $300,000 would be added by the sponsors. To make the event even more interesting, the tournament has reserved 14 seats for super high rollers who are not professional poker players.

The newly launched TV channel Poker Central which promotes itself the world’s only 24/7 Poker TV network will be broadcasting the tournament and also live streaming it. The inaugural 2015 edition saw Brian Rast winning the tournament and walking away with over $7.5 million. That event drew 43 players who each put in $500,000 to create a pool prize of $21.5 million. A freezeout session eliminated all but the top seven finishers who played in the final table of the championship.

The 2016 tournament will feature seven tables, each seating 7 players. The final table will have seven players battling for the prize pool of $15 million, with the first prize winner taking $5 million.

Clint Stinchcomb, CEO of Poker Central said that the speed at which the 2016 event sold out is a testament to its popularity. He added that the participation of prominent poker players would make the tournament exciting to watch.