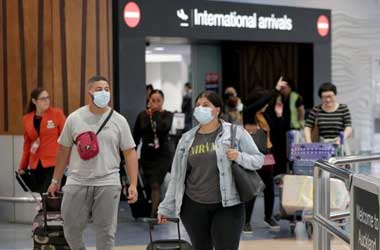 The deadly novel coronavirus has continued to spread on a global scale, prompting one of the major poker tournaments of the year, the 2020 Triton Super High Roller Series, to postpone its Jeju, South Korea stop until further notice.

South Korea lies on the same continent as China, the country where the disease originated.

Following the announcement from Triton that it will delay its tournament in Jeju, players are now concerned the coronavirus outbreak might also result in the postponement of this summer’s World Series of Poker (WSOP). In fact, a thread on the TwoPlusTwo forum discussed this possibility, with speculation that the WSOP could only be played online for the very first time due to the outbreak.

“Registered 2018” called on WSOP organisers to do what needs to be done as early as possible so as not to disappoint players and fans. Some forum members also expressed their intention to skip the tournament as the threat continues to grow.

On 31 Jan, a public health emergency was declared in the US, as the government imposed a travel ban on all foreign nationals coming from China. US citizens and their immediate family members travelling from China, including those evacuated from Wuhan (the origin of the virus), will also be subject to a 14-day quarantine.

There are currently 11 confirmed cases of the novel coronavirus in the US, and the first human to human transmission of the virus also reported in the country. The epidemic showed no signs of slowing down, with more and more cases recorded in China each day. The total number affected now exceeds 17,000, most of which are in China. A total of 361 so far have died from the disease, 360 in China, and 1 in the Philippines.

Amid worries and fears brought about by the deadly virus, the Vice President of Corporate Communications for the WSOP Seth Palansky said the team are closely monitoring the situation. He said they are keeping themselves updated with latest advice and guidance from the experts and reassured everyone that the 2020 WSOP schedule is still intact. Palansky said they intend to push through with the tournament as scheduled.

The 51st WSOP will feature a total of 61 bracelet events, with new offerings being added. Among the events on the schedule are “value menu” events, “mystery” bounty, “freezeout” series and a new $250K Super High Roller.