Winamax Poker Open Kicks Off On September 21 In Dublin, Ireland

Winamax Poker Open Kicks Off On September 21 In Dublin, Ireland 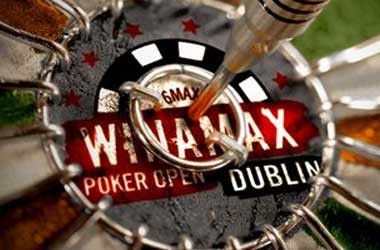 The Winamax Poker Open (WPO) hosted by the French gaming operator Winamax is returning to Dublin, Ireland from September 21 onwards. This is the sixth edition of the tournament which will have several exciting events spread over a period of six days, with the top draw being the €550 WPO Main Event.

The 2016 edition of the live event was a great success with several hundreds of poker fans from neighboring European countries participating, making it one of the most popular tournaments to be held in Ireland. The Main Event saw 978 entries which created a prize pool of €477,753. Poker player Antonin Teisseire won the title and took home €72,000 in prize money.

The Winamax Poker Open has made a number of changes to its location and format in an effort to provide players with an even better experience in 2017.

This year the Winamax Poker Open will be held at a new location, the CityWest Hotel in Dublin. The other major change that players will find interesting is that the Main Event will be played at six-handed tables to give the overall fun factor a boost.

Organizers are expecting around 1,000 players to participate in the Main Event. A number of side events are on offer with several having affordable buy-ins, providing poker players multiple opportunities to have fun and win big. The WPO schedule kicks off on September 19 with a €250 warm up game followed by the €200 Hit and Run Highroller. The €1,200 High Roller is being on September 21.

A wide variety of events will be available during the weekend like the €100 Zone 30, the €300 Monster Stack, the €150 Win The Button, the €60 Hyper Turbo, the €180 Royal Omaha, the €120 The Famous WPO Irish and the €50 Face The Pro among others. A €10 Midnight Deglingo is being held every day of the tournament for players seeking late night excitement. Cash games will be ongoing 24 hours a day as usual. Also being held is the €75 Ladies Event on September 23.

Winamax is currently running satellites on its website for players looking to win a WPO package. Promotions being held weekly are offering a €1,250 WPO package which includes a seat for the Main Event and €700 for travel and accommodation expenses. The newly introduced WPO Buy-in Satellites offers players a chance to win a seat to the €550 WPO Main Event, while the WPO Highroller satellites offers entry into the €1,200 Highroller tournament.