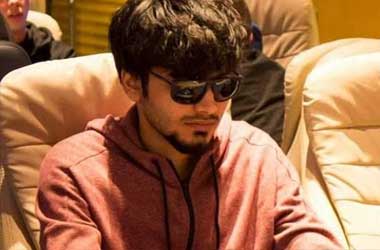 The tournament, organized by India’s leading poker site Adda52.com was held during the first week of April.

Narwal’s poker journey began just two years ago and it did not take very long for the 23-year-old to taste success. The whole experience has been a very memorable one for Narwal, who praised Adda52 for putting together a great NPC tournaments.

He said a tournament like the NPC was a big help to young poker players in helping them learn new strategies and enhance their poker skills. Ujjawal, who topped a field of 383 players to win the title, said he’s looking forward to participating in more poker tournaments this year and making a mark on the Indian poker scene.

The NPC has been a record-breaking tournament for India. It attracted a total of 4214 entries, with more than 2,000 players taking part in the state-level free qualifier rounds – the largest ever turnout in Indian online poker history.

The poker market India is growing rapidly as reflected in the overwhelming response and high engagement coming from players all over the country. Adda52.com has been introducing mega-value tournaments to the Indian audience such as Godfather, Gayle Storm, Mega Suits and Adda52 Millions, giving players the opportunity to win big at affordable buy-ins.

The company has once again delivered on its commitment to ensure maximum participation through new game styles and exciting formats. Mohit Agarwal, CEO and Co-Founder of Adda52.com, said massive participation in the NPC alone is proof that more and more Indian players are getting hooked on poker. Agarwal said they’re looking forward to keeping the excitement going by bringing in more new and highly-engaging game styles.

Adda52.com is run and operated by gaming company Gaussian Networks Pvt. Ltd. The online poker website was launched in 2011 with the main goal of providing excellent gaming experience to poker players.

The company’s state-of-the-art technology provides poker access to millions of players in the country via its website, mobile browsers and downloadable app. Adda52.com is set to continue its efforts in providing a secure online poker platform and an engaging environment for all poker players.