The ’12 Labors of Arlie’ Challenge Showcases Poker’s Fun Side

The ’12 Labors of Arlie’ Challenge Showcases Poker’s Fun Side 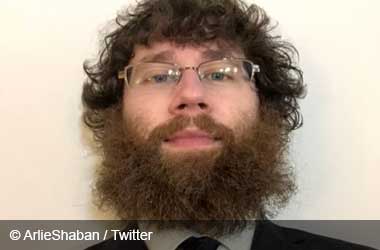 Last month, Twitch streamer Arlie Shaban accepted a challenge which could earn him a $30,000 PokerStars Platinum Pass. The challenge resembles the story of Hercules from Greek mythology.

In a bid to complete the ‘12 Labors of Arlie‘, Shaban conspired with poker commentator Joe Stapleton to take up a new task halfway through the challenge. The job was to rattle commentator James Rattigan.

The task would recreate six of Hercules’ 12 labors where he used a unique rattle to overcome a flock of man-eating birds. Shaban and Stapleton needed to generate tension to disturb the clueless Rattigan.

Stapleton being a natural joker and Arli Shaban’s awkward antics made the task quite easy for the duo. As part of the prank, Shaban kept up a stream of wardrobe malfunctions and mentioned Hartigan’s supposed appearance in adult videos. Rattigan eventually snapped. After being made aware of the ruse, Rattigan took things in good spirits and congratulated Shaban for a job well done.

The Twitch streamer now has 6 exploits to go through, with some very complex ones remaining before he can finally claim coveted Platinum Pass from PokerStars. Shaban must stay inactive in social media throughout the whole feat, as required by the challenge.

Indeed, there’s so much more to poker than just making money and winning titles. The ‘12 Labors of Arlie‘ challenge is a proof of the game’s entertainment value. Through the years, efforts have been poured in to find a way for poker to integrate entertainment into its format. Industry leaders have come up with new innovations for the game to enter the mainstream gaming community.

Today, platforms like Twitch allow poker streamers and enthusiasts to interact with each other and share some fun while playing the game. Two years ago, PokerStars was one of the main sponsors for eSports organization Team Liquid leading to a number of cross-promotions for both poker players and gamers.

The online poker industry no longer enjoys the prominence and popularity that it did prior to the implementation of the Unlawful Internet Gambling Enforcement Act 2006 (UIGEA). However, online poker operators are coming up with new and exciting promotions, creative marketing campaigns and bigger and better tournaments to boost poker offerings and attract more players.

Challenges like the ‘12 Labors of Arlie‘ and some crazy prop bets between poker players have brought some added excitement to the game of poker in recent times.