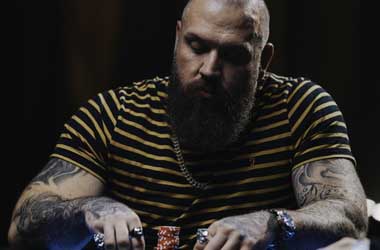 Davis and Tate have been rivals on social media for quite some time now, often trading insults.

The ongoing feud between the two popular internet figures led to Tate challenging Davis to a one-on-one fight. Davis responded to the fight call-out with Islamophobic slurs, saying Tate should “blow himself up”, referring to his recent conversion to Islam. He made the comments during a live stream of his True Geordie YouTube channel, clips of which quickly spread on social media platforms, including Twitter and Tiktok.

Davis’s latest tirades against Tate sparked uproar and condemnation from the online community, with many saying he should be canceled.

PokerStars immediately issued a statement on Twitter, confirming that it was cutting ties with the English YouTuber. The online poker giant said it remains committed to promoting inclusivity in poker and does not tolerate any comments or actions that go against its inclusive values.

We have terminated our contract with True Geordie with immediate effect. At PokerStars, we are committed to making poker as inclusive and accessible as possible, and do not tolerate any comments or attitudes that don’t align with our inclusive values.

It isn’t just PokerStars that has decided to ditch True Geordie, as British fitness apparel Gymshark also announced it had suspended its partnership with the podcaster indefinitely, effective immediately.

After announcing the termination of Davis’s contract, PokerStars earned praise from the poker community, with many saying it was the right thing to do. PokerStars had been a sponsor of “The Showdown”, a live-streamed poker show that featured Davis, along with his friends and other social media personalities.

Tate, a professional kickboxer-turned-online influencer, has often invited controversy for his views on certain subjects. In August 2022, he ended up being banned from social media sites including Facebook, YouTube, Twitter, Instagram, and TikTok, for making misogynistic and derogatory comments about women. Davis frequently criticizes Tate and now finds himself somewhat in a similar position, though he has yet to be banned on social media.

Responding to Davis’s offensive comments, Tate said making ignorant jokes and insulting his religion and the religion of billions of people around the world was a mistake.

Davis has since apologized to Tate for his “stupid” comments.

This latest incident could feel like déjà vu for Davis, who, three years ago, also made headlines after a string of explicit messages coming from him was leaked online. He lost multiple channel sponsors during that time as a result. If you are looking for better vloggers to learn from why not have a look at five of the best.