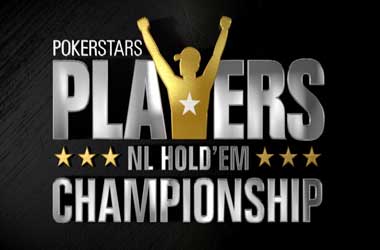 The PokerStars Players No-Limit Hold’em Championship (PSPC) has been postponed indefinitely, citing safety concerns. It’s the second time that the festival has been cancelled. It was originally scheduled to take place in 2020 in Barcelona, but the COVID-19 pandemic got in the way, shutting down the entire live poker scene for several months.

The first-ever PSPC took place in January 2019 at the Atlantis Resort in the Bahamas. The $25,000 inaugural tournament was a massive success, with Platinum Pass holder Ramon Colillas being crowned as the winner for $5.1 million.

Organizers were initially optimistic that the event would finally be held in 2021 after original plans for a 2020 edition were dropped due to COVID-19. However, present conditions indicate it’s still not safe to hold gatherings of such an enormous size in Europe, and PokerStars is taking no chances when it comes to the safety of its players and staff.

PokerStars managing director Severin Rasset explained their decision via a video which was published on March 24, alongside a press release. The latest postponement comes as no surprise though, with the live poker scene in Europe yet to fully get back on track. This is in contrast to the current conditions in the US where major events are already being held.

Sochi appears to be the only busy city in Europe as far as holding big live poker events is concerned. It recently played host to a World Poker Tour event, with the European Poker Tour also currently running there.

Players Will Need to Wait Until 2022

Cross-border travel still remains a major concern for organizers, with restrictions still in effect in certain jurisdictions. A lot of players from different countries would definitely want to take part in the PSPC, but travel difficulties won’t go away anytime soon. This, along with other factors, make it difficult to hold a massive event such as the PSPC in Europe this year.

So will the highly-anticipated event actually take place, and how long will players have to wait?

When the PSPC was postponed in 2020, PokerStars expressed its commitment to holding the tournament in Barcelona. Rasset reiterated that in his recent statement, indicating that it would eventually take place, though they cannot provide a timeline just yet. What’s clear is that there will be no PSPC in Barcelona this year, meaning the long wait will extend until 2022.