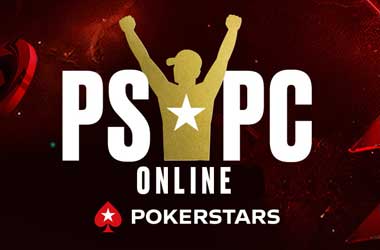 PokerStars opened the New Year with a massive milestone after officially becoming the first online poker operator to merge its players in Michigan with those in New Jersey.

That historic moment was followed by the launch of PokerStars’ first-ever shared liquidity series, the PSPC Online Series, which kicked off on January 13.

If the initial results are any indication, the poker festival could end up surpassing its guarantee by a huge margin.

Running until January 30, the PSPC Online Series features $2.5 million in guarantees for PokerStars’ shared player pool between New Jersey and Michigan, with more than 85 tournaments to choose from. The festival culminates in three Main Events which get underway on January 29.

The same series will be held in the ring-fenced market of Pennsylvania, with $1.5 million in guarantees up for grabs across over 75 events. Overall, the PSPC Online Series will award $4 million in guaranteed prize money across the PokerStars USA network, making it the operator’s largest-guaranteed tournament series so far. The festival is inspired by the prestigious PSPC event which makes a return in 2023 after a hugely successful inaugural edition four years ago.

The first events of the PSPC Online Series attracted massive fields, with multiple events smashing their guarantees. Some even generated more than twice their advertised guarantees, including the $50 Nightly Stars Turbo Warm Up. The tournament drew a total of 551 entries to create $25,070.50 in total prize pool, more than double its $12,500 guarantee.

The tournament’s bounty version which featured the same buy-in and guarantee also exceeded expectations, pulling in 483 entries to generate $21,900 in total prize pool. The third event on the schedule, the $30 Mixed Game Warm Up HORSE, also did not disappoint as it managed to almost triple its $3,500 guarantee after attracting 297 entries.

Of the first 16 tournaments on the schedule, only three failed to meet their targets, and the impressive results achieved by the other 13 were more than enough to cover the overlays.

As of January 16, the series generated more than $556K in total prize pool, 19% above target. If this pattern continues, then PokerStars’ first multi-state series is on course to achieve massive success.