PokerStars Announces Return Of PSPC and PCA In The Bahamas In Early 2023 April 12, 2022 Gabrielle Monet 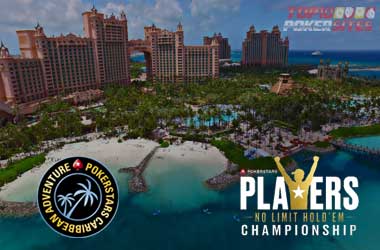 PokerStars is already making big plans for 2023 as the poker operator has announced the return of the PokerStars Caribbean Adventure (PCA) and the PokerStars Players No-Limit Hold’em Championship (PSPC) in January 2023.

PokerStars decided to cancel the PCA in 2019 and this came as a disappointment to a lot of poker players who enjoyed travelling to the Bahamas to play the popular PCA. PokerStars has decided to bring back the PCA in 2023 and has confirmed that it will take place as the new Baha Mar Casino Resort in the Bahamas.

The PCA is set to take place from Jan 23 to Feb 3 and will consist of a number of high roller events. PokerStars is yet to reveal the full schedule for the PCA as it is far too early as of now. However, the 2023 Main Event is expected to have a $10,300 buy-in and a strong turnout is expected.

There will be a few low stakes events during the PCA as PokerStars is keen on getting as many poker players as possible to the Bahamas. The operator will also run a number of satellite events as we get close to the 2023 PCA.

PokerStars had big plans for their mega PSPC tournament as the first edition in 2019 turned out to be a great success. The 2019 PSPC had a $25,000 buy-in but PokerStars gave out hundreds of Platinum Passes that gave Platinum Pass winners a seat to the PSPC and a number of other perks.

PokerStars decided to shift the 2020 PSPC to Barcelona, Spain but was unable to host it due to the COVID-19 pandemic. The PSPC was rescheduled to take place in 2021 and was once again scheduled in Barcelona. COVID turned out to be a problem yet again and the 2021 PSPC was cancelled.

PokerStars has decided to bring back the PSPC to the Bahamas again in 2023. The PSPC will take place simultaneously with the 2023 PCA. The dates for the 2023 PSPC will run from Jan 30 to Feb 03 and the buy-in will once again by $25,000. PokerStars will publish more information on its 2023 PSPC Platinum Pass giveaway in the coming weeks.