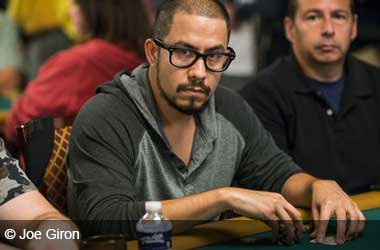 The 2019 World Series of Poker (WSOP) has crowned yet another a new millionaire! Phil Hui managed to take down the $50,000 Poker Players Championship to capture his second bracelet and a whopping $1,099,311 for his first place finish.

Hui competed against 73 of the best players in the game, in what is widely considered the toughest poker event in the world.

When everything was said and done, the 31-year-old emerged at the top, with his name forever inscribed on the Chip Reese Memorial Trophy.

The final day started with American poker pro Josh Arieh holding the overall lead, and Hui third in chips. Six players battled it out at the final table, with the first casualty being Dan “Jungleman” Cates who collected $168,305 for his sixth-place finish. Four-time WSOP bracelet winner Shaun Deeb was the next player to hit the rail after his two pair failed to hold up against John Esposito’s high straight. The 2018 WSOP Player of the Year earned $232,058 for finishing fifth, his latest final table of the summer.

Bryce Yockey entered the final day second in chips, but the bracelet winner had the shortest stack with four players remaining. He was initially poised to make a good recovery in a deuce to seven triple draw lowball showdown against Arieh, only to encounter a shocking defeat after his 7-6 was run down by Arieh, sending him out of the game in fourth place for $325,989.

From there, Arieh continued to surge, eliminating fellow bracelet winner John Esposito with a flopped two pair against the latter’s pocket aces in a PLO clash. Esposito earned $466,407 for his third-place finish – his second final table at this year’s WSOP. For a time, Arieh became the favourite to win the tournament especially when he started the heads-up match holding a 3-to-1 chip advantage against Hui.

This marked Hui’s second time to ever play the $50K Poker Players Championship, and the professional golfer-turned poker player definitely knew it would not be an easy battle. He managed to take the chip lead in a Stud Hi-Lo pot, but Arieh just wouldn’t give in. The two alternately held the lead until Hui won a massive PLO pot, sending Arieh closer to defeat. Hui’s victory became official when he pulled away even further in Razz.

Winning the mixed-game tournament was a dream come true for Hui who revealed he’d prefer winning the $50K PPC over the Main Event. Hui was particularly thankful to have his girlfriend Loni Harwood beside him throughout his journey. After winning his best career cash this summer, Hui’s total live earnings now sit at $2,979,262.