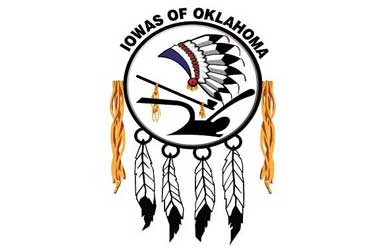 The small Iowa Tribe of Oklahoma is set to become the first tribe in Oklahoma to launch an online poker website. The planned website, pokertribe.com will be available to international players as well as to US poker players who are based in New Jersey, Delaware and Nevada in United States (U.S) where online gaming is legalized. The pokertribe.com website might also accessible from cruise ships and airline flights in the near future.

The Iowa Tribe has about 800 enrolled members and is based in Perkins. It currently operates two casinos, one in Perkins and Chandler Oklahoma, and a travel plaza with slot machines in Tryon. The state of Oklahoma has 113 casinos and more tribal casinos than any other state in the U.S. Apart from pokertribe.com, another domain Pokertribe.gov is also expected to be launched by the tribe.

The go-ahead for the venture came after judicial authorities ruled that online gaming would not be in violation of any federal or state law. Charles Chapel, a retired Oklahoma Criminal Court of Appeals judge, was appointed as an arbitrator in an agreement between the tribe and Oklahoma Governor Mary Fallin. In November 2015, he decided that use of Internet was merely using technology to play the games covered by the Oklahoma Tribal-State Gaming Compact and in no way it changed the scope of games or amended the compact. This ruling was subsequently certified by a U.S. District Court Judge in Oklahoma City on the request of the tribe. The Oklahoma’s State-Tribal Gaming Act created a tribal gaming compact in 2004 that allows recognized native tribes to operate certain specified games.

Michael McNutt, a spokesman for Gov. Mary Fallin, stated that the extent of revenues that it could generate for the Oklahoma state would depend on the number of gamers that the website attracts.

The Iowa Tribe has an exclusive licensing agreement with a Florida software company Universal Entertainment Group for the launch and operation of the pokertribe.com website.

The company was previously working with the Cheyenne and Arapahoe Tribes on a similar venture, a gambling website named pokertribes.com, which was dropped after a change in tribal leadership. The company thereafter engaged with other tribes to identify a willing partner for the concept and the Small Iowa Tribe was the final choice in determining a partner in Oklahoma.