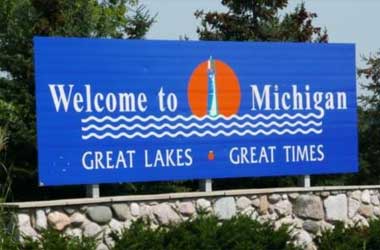 Michigan has introduced a new gaming bill titled ‘The Lawful Internet Gaming Act’ which if passed could legalize numerous forms of gaming including online poker. The state is the sixth one to introduce an online gambling bill this year.

The bill S 203 is largely similar to what was introduced last year. The previous version of the bill stalled after the Michigan Senate Regulatory Reform Committee overwhelmingly approved it 8-1. However both the legislative houses did not debate or vote on it. Primarily sponsored by Michigan State Senator Mike Kowall, the bill has five other co-sponsors. All of them belong to the nine-member Regulatory Reform Committee, which ensures that the bill will move forward.

The latest bill retains most of the provisions from the last year’s version. Five-year licenses will be issued for a fee of $200,000 in the first year, thereafter being $100,000 yearly. For Platform providers, the fee is $100,000 at the time of issuance and subsequently $50,000 annually.

According to industry observers, the license fees laid down in the bill are much lower than that of other states also seeking to legalize online gaming this year. California has specified an upfront license fee of $12.5 million, while the licensing fee is $10 million for New York and $8 million for Pennsylvania.

Only players above the age of 21 years and located within Michigan’s state borders will b eligible to play. An interesting provision in the bill is that all online gaming operators must offer online poker as part of their offerings. The bill aims to levy tax on operators at 10 percent of gross gaming revenues. It also states that $5 million must be sent towards the First Responder Presumed Coverage Fund on an annual basis. .

According to lobbying group Poker Players Alliance, the bill will next be placed before the Regulatory Reform Committee for a hearing and a vote. The bill is expected to run into opposition from Native American tribes running casinos in the state under federal law. The tribes may argue that the new gaming regulations violate their gaming compacts which can result in them withholding their revenue payments to state authorities.