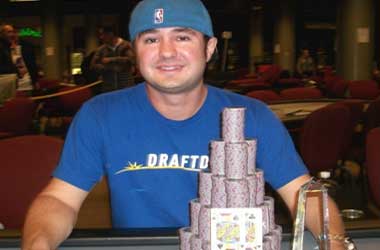 Poker pro Mike Schneider is trying to inject more excitement into poker with his new tournament concept. Called the ‘Poker is Fun Tour’, the poker tournament combines two things that Schneider thinks is lacking in regular poker tournaments – a fun experience and a platform to benefit society at large.

In a statement Schneider said

The idea for the Poker is Fun Tour has been in my head for a few years now. Basically, I just want to try to do something a bit different than what's already out there, while raising some money for good causes

A long-time poker professional from Minnesota, Schneider has always been involved in poker activities for charity. He regularly participates in the ‘All In for Africa‘ series held by Minnesota casinos where 50 percent of the pool is given over to charities benefiting Africa.

Schneider felt that there was a gap in the market which he could address with a unique idea that would make poker fun but also help others.

He noted that the most fun he has had in playing poker was when he was with his friends or while trying new games and building strategies. Keeping this in mind and his desire to help society, he decided to come up a new format for a brand new poker series. He took his initial idea to the management of the Canterbury Park Casino located in Shakopee, Minnesota who supported it, allowing him to develop it into a full fledged series.

To create a poker tournament that would meet his objectives and still appeal to poker players, Schneider to think creatively. Using a no-limit hold'em base, he introduced rule twists to make the game interesting. The first PIFT offers a $450 Winners Shown and will be held at Canterbury Park on Sept. 9-10, which will require the winner to show their cards, even if there is no showdown.

The PIFT has partnered with Second Harvest Heartland, a food bank based in Twin Cities enabling them to receive 1 percent of the prize pool. Schneider said that offering 1 percent to charity from the pot was sufficient to make a difference without affecting the takings of the players.

For future events, Mike Schneider is thinking of coming up with more creative ideas and is looking to find local pledge partners to increase the prize winnings. Some rule twists he is considering include introducing a third hole card, jokers and refreshing concepts mixing limit and no-limit structures. He is however keen to retain the format of one-day tournaments as he wants the focus to remain on casual players.