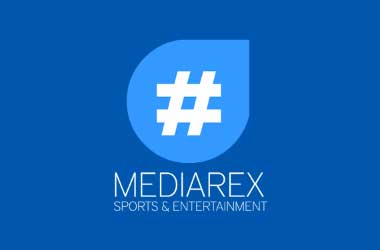 A new game is attempting to add some zing to the online poker industry in order to attract new players. HoldemX was launched recently by Alex Dreyfus, CEO of Mediarex Sports & Entertainment.

The new game is a hybrid version of the classical poker version of Texas Hold’em and uses popular concepts from the eSports industry by bringing in special features such as bonuses and wildcards.

Fusing elements from wild gameplay that has is one of the features of eSport games, HoldemX was developed to attract players who have given up on poker because they consider it to be too boring or for players who have decided to switch over from poker to eSports games such as Hearthstone, Magic: The Gathering and SolForge.

The new game was released for beta testing a few months ago and Mediarex invited some of the best online poker players and eSports players to test the game and provide real time feedback.

In a statement, Alex Dreyfus said

Since October, the game’s mechanisms has been tested by dozens of the most advanced poker players in the world and top players from games like Hearthstone and Magic The Gathering. We’ve been thrilled by their first reactions, which vary between­ and we quote: ‘wow,’ ‘fun,’ ‘mmm …,’ ‘sick,’ ‘neat,’ ‘challenging,’ ‘’confusing,’ and ‘:)

HoldemX is currently free-to-play and the game is described as being multi-layered and complex incorporating strategy play into a poker environment. With this innovation, Dreyfus hopes to tap into both the online poker and eSports markets which both offer significant scope for growth. While the eSports industry is estimated to be worth around $1.2 billion, the U.S online poker industry is valued at $3.5 billion. The opportunity to tap into this has combined industry has spurred Dreyfus to launch yet another project and raise $4.9 million in venture capital to fund the idea.

Dreyfus’s stated in October 2015 that companies must innovate to stay in buinsess. In his opinion that , the game of poker today has become all about money rather than fun and hence was losing a lot of players who were searching for games that offered excitement and drama like Hearthstone. He believes that HoldemX is a completely different variant of the usual online poker game and will not compete with other online poker games but create a new market by itself.

While HoldemX currently does not include real-money play, Dreyfus says that it will be possible to shift to real-money platform at a later date if needed. The game today only has the option of in-game purchases to acquire new deck designs. In Dreyfus’s view however, real-money play is not necessarily a critical factor, as many players prefer the experience of exciting gameplay over playing for money.