Lawsuit Filed Against Winamax Over “Lack of Transparency”

Lawsuit Filed Against Winamax Over “Lack of Transparency” 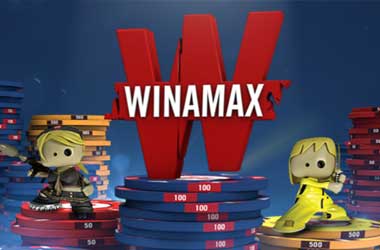 Winamax, the biggest online poker room in France is in hot water once again. Recently, reports surfaced of a botting scandal that left players feeling cheated and exploited.

Botting is when online poker players resort to unfair means by using a computer program or an artificial intelligence aided script to gain an unfair advantage over regular players.

The lawsuit filed against Winamax is being spearheaded by Maxim Lemaitre and five other players. The plan is to file a class action suit against the operator and recover in damages around €10,000 to €50,000 for each player. There are already now 16 players who have signed on the lawsuit and Winamax will have to counter.

This all started when Lemaitre, under his username "batmax," revealed that he suspected two players of using bots in Expresso games which are Winamax's Jackpot sit ‘n' go games. This resulted in the two players getting their accounts temporarily suspended.

What Winamax did next was what caused the problem. Both of the accused players were invited to the Paris offices of Winamax. However, only "VictoriaMo" accepted the invitation while "Twopandas" refused. "VictoriaMo" then played 400 games in the Winamax offices to prove that they were not botting.

The result was VictoriaMo's winnings were released while Twopandas was confirmed as a cheater by Winamax. However, both accounts were shut down so that they would not be used in the future. The operator then decided to compensate all of the affected players but did not disclose how they arrived at the payout sums. Winamax also did not release the exact details of how VictoriaMo proved no cheating was involved.

The problem with the payout from Winamax was that many players felt they were not being sufficient compensated. They did not get a proper response from the online poker room and this infuriated the concerned players. Unhappy with the response from Winamax customer service, players have decided to band together to that they would get the right compensation for their accounts.

Winamax is indebted for a legal obligation of transparency of gaming operations. To date, Winamax refuses to provide information on the session that took place during the VictoriaMo / mr.GR33N1 survey. There is however no legal justification that allows Winamax to decide partially and unilaterally the rules of the investigation and not to communicate on its content.