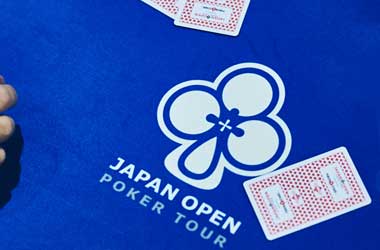 The latest edition of the Japan Open Poker Tour (JOPT) ended with a bang earlier this month after attracting a record turnout of nearly 6,000 entries.

The festival wrapped up on May 5, 2021 at Port Hall in Takeshiba, Tokyo.

The JOPT is Japan’s largest poker tournament series which was launched way back in 2011. The JOPT takes place multiple times each year.

In 2020, the series postponed two events, the Season 19: Grand Final, as well as the Season 20: Tokyo, due to COVID-19. Both events finally crowned a winner in the most recent live series, which also included 31 side events.

The JOPT schedule featured a range of variants and formats, including No-Limit Hold’em and Pot Limit Omaha, as well as mixed games like 2-7 Triple Draw Mix and H.O.R.S.E.

Yuta Aikawa emerged victorious in the Season 19: Grand Final after topping a 396-entry field. He took home a player contract worth $21,860. Toshiya Ishikawa captured the biggest prize of the series, a player contract valued at $31,020, when he took down the Season 20 Main Event, besting 506 opponents.

All eyes will now be on the JOPT Season 20 Grand Final which will take place from July 21 to 25.

Japan prohibits monetary prizes for tournaments, including poker, which is the main reason why winners are being awarded with player contracts, which they can use to take part in larger tournaments overseas, including the World Series of Poker (WSOP).

Despite Japan’s restrictive laws on poker, the game has continued to gain interest among local players in recent years. Poker’s increasing popularity is partly boosted by the rise of social media which has given players easier access to learning resources and tournaments.

The live poker scene in Japan was also greatly affected by the COVID-19 pandemic in 2020, but the recent record-breaking JOPT turnout is a clear indication that live poker action is officially back in the country. For the meantime though, Japanese players will have to stick to playing locally, especially as the live tournament scene throughout Asian is yet to fully recover.