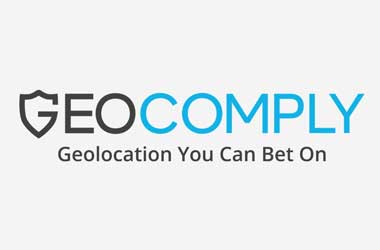 GeoComply, a geo-location service used by most online gaming sites in the US to monitor the physical location of their customers, experienced a major outage.

This resulted in several poker rooms have issues with their tournaments and games that resulted in them being shut down without warning.

Most players were unable to access their accounts and had no idea what was going on.

The incident took place on October 22, affecting all iGaming verticals, including online poker, sports bets and online casinos. Online poker sites bore the brunt of the technical glitch which occurred around 10 p.m. on the East Coast. Some operators were in the middle of hosting major tournaments, with a number of players already in the money.

When the geo-location program malfunctioned, most of the participants blinded out and could no longer log back in to their respective accounts. There were a few players who were able to continue playing though, and they sure took advantage of the good fortune. The service was eventually restored after an hour, but operators could no longer reverse the damage.

Among the major online events that had been affected by the outage was the ongoing New Jersey Championship of Online Poker (NJCOOP) on PokerStars NJ. The operator released a statement in relation to the issue, saying the affected players had been refunded according to the equity they lost. Others were able to get back the full tournament buy-in. The site also said it’s looking at better ways to deal with such problems in the future.

The crash also hit an ongoing online Circuit series over at WSOP.com, particularly affecting a $320 re-entry event that featured $75,000 in guarantees. The site was also running a PLO festival during the same time that the outage happened. The operator viewed it as an isolated incident, and it said it would compensate the affected players.

partypoker appeared to be the quickest to respond to the service interruption. The online poker operator immediately paused all tournaments before things could get worse for the players. The site also auto-settled all affected events in compliance with its cancellation policy, with prizes being awarded accordingly.

Addressing this issue, GeoComply said it was an internal network glitch, allaying fears of a potential security breach. The geo-location service helps operators determine the location of their players to ensure compliance with US online gaming regulations.