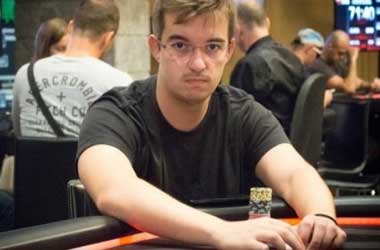 Oliveira had to go through a tough playing field which saw a total of 1,815 entries that allowed him to claim a whopping $1.5 million in prizes money.

He had a great run throughout the $5,300 Main Event. He had it rough in the final stages of the event, lost his focus for a bit and looked like he would crash out. However, he came back strong and surprised a lot of players by taking down the Main Event.

Oliveira entered the final table with just three big blinds, after losing a series of big pots. However, in a surprising turn of events, Oliveira found a triple up, increasing his chips to around 120,000,000. From there, things quickly went in his favour.

The final day of the CPP took place with 11 players. Those numbers were quickly trimmed down as the action was fast paced. The final six players at the table battled it out before fellow Brazilian Diogo Veiga crashed out in 6th place with $400,000 while Russia’s Konstantin Maslak finished in 5th spot and took $600,000.

Germany’s Pascal Hartmann had a great run but could not do better than fourth place which fetched him $800,000. Irish poker pro Marc McDonnell was confident of going all the way but he got eliminated in third place and took his highest career payout which was a cool $1 million. The final two left at the table were American Craig Mason and Oliveira. However, Oliveira found the right cards and went on to win. Mason took home $1,200,000 for coming in second.

The play-off between Oliveira and Mason was very interesting as the two finalists were even at the beginning but Oliveira found that extra bit as the final hand was played out. He admitted that it was a very tough game against the America poker pro but said he had put in a lot of hard work to hone his skills over the years and was thankful that it paid off when he needed it the most.

Winning the CPP was a career-defining moment for Oliveira who had $140,000 in tournament cashes prior to becoming the CPP champion. He also climbed into the 91st spot of the 2018 Player of the Year (POY) standings after earning 2,160 Card Player POY points in addition to the tournament’s top prize.