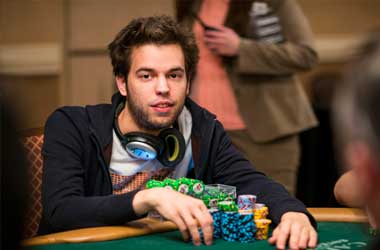 The German poker pro secured a first place finished and took home prize money of $4,049,782. With this win, Nitsche joins George Danzer at the top of the German WSOP bracelet leaderboard and he moves into 42nd place on the worldwide all-time money list with his career live tournament earnings now crossing the $11 million mark.

He further added that he is not the kind of player who is into trophy chasing but the kind of player who loves playing high roller events as he loves competing against the best. The WSOPE €111,111 buy-in One Drop High Roller event started on November 3 AND featured a guaranteed prize pool of €10,000,000. This was easily surpassed with a turnout of 88 unique players and with an additional 44 re-entries leading to a final prize pool of $15,072,343.

Along with the huge prize pool, an amount of €977,768 was also raised for One Drop. One Drop is a charitable organization that has teamed up with WSOP since 2012 and its mission is to provide continual access to clean water in poverty-stricken communities around the world.

A lot of big names made money in this tournament but failed to make it to the final table. Some of these players include Vladimir Troyanovskiy, Bryn Kenney, Eugene Katchalov, NickPetrangelo, Koray Aldemir and Kenny Hallaert. Nitsche was tied in fourth place with Thomas Muehloecker in the unofficial final table of nine players and jumped into the lead by winning a few early pots and defeating the recent WSOPE bracelet winner Martin Kabrhel who was in eighth place.

Steffen Sontheimer finished in 5th place with $943,907 while Thomas Muehloecker finished in 4th place to take home $1,282,561. The final three left at the table was Mikita Badziakouski was finished in 3rd place and took home $1,766,608. Dominik Nitsche and Andreas Eiler battled it out to see who would finish in first place and after 56 hands, Nitsche emerged as the winner. Eiler took home $2,502,958 for his second place finish.