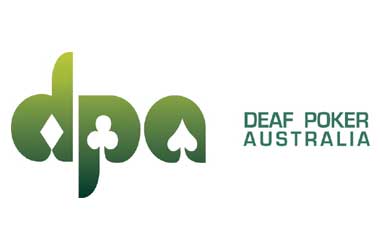 The 2018 Deaf Poker Australia (DPA) championship recently took place at the popular Crown Melbourne Casino and a graphic designer from Melbourne named Alisha Wormald went on to win the $250 Main Event after running through 114 players.

Now in its 10th year, DPA is committed towards celebrating deaf culture and identity through this special poker tournament.

Among the highlights of the event is the DPA State of Origin, an eight-player team event which is now in its fifth year. This year’s team event hit a record ten entries with participants from Queensland, Western Australia, South Australia and New Zealand, as well as defending champions from Northern Rivers.

The $250 buy-in DPA X Main Event attracted a total of 114 entries. The event was co-branded as the 2018 International Deaf Poker Federation (IDPF) World Championship offering $22,800 in prize pool, with the top 15 players each getting a share.

With the majority of the nine finalists coming from the Southern Hemisphere’s deaf poker community, the final table saw Chris Blum being the first to be eliminated. Surprisingly, last year’s winner Rena Muscat was the second player to be eliminated, while four-time Main Event finalist Caleb Thorn busted out and finished in seventh place.

Wormald is a 33-year-old graphic designer from Melbourne who now sits at the top of the DPA all-time money list, overtaking Michelle Rowlands who held the number one spot for almost five years. Livestream videos of the final four as well as more details of the Main Event action are available on the DPA Facebook page.

The 2019 DPA Championship will take place in October next year and will be held at the Crown Perth. The hosting rights of the 2020 IDPF World Championship have now been handed over to UK Deaf Poker.