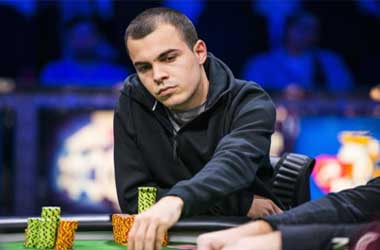 The 2015 World Series Of Poker (WSOP) created a record for hosting ‘The Colossus’ the biggest tournament in live poker history. The event which was based on a no-limit Hold’em format had a buy-in of $565 and drew a record breaking 22,373 participants.

One of those participants was Cord Garcia, a poker player who usually played tournaments with low buy-ins.

Garcia’s biggest accomplishment before entering ‘The Colossus’ was when he finished 7th at the 2012 The River $2,000 Main Event at the Winstar Casino in Oklahama and won $83,640.

He created a new record of outlasting 22,373 participants and won ‘The Colossus’ event winning his first ever WSOP bracelet and $638,880 in prize money.

In a statement, Garcia said

I feel accomplished. I feel satisfied. Obviously, you can’t ever picture winning a 22,000 person tournament. It is my breakthrough, but at the same time I know I’m capable of doing as good, better or bigger things. It was a really big opportunity and I’ve thought about it everyday since

The WSOP had set up ‘The Colossus’ event with a flat payout structure that would reward the top 2,241 spots. The WSOP promoted and structured the event in such a way to draw a large number of participants and focused on bringing in first time players to the 2015 WSOP tournament. The statistics published at the end of the event suggests that the event has been a massive success. There were 14,282 unique entries and 5,664 of these entries were from players who were entering a WSOP event for the first time in their life. While a majority of these players came from the United States, there were also participants that came from 98 different countries to attend this WSOP single event and created yet another record.

Garcia was thrilled with his accomplishment and the fact that it was the first time he had won so much money playing poker. He plans to celebrate after the end of the WSOP and spend some of the money to make his dreams come true. His immediate plans still focus entering a number of WSOP events as he wants to use his winning momentum to add to his prize money and see if he can get another WSOP bracelet. He believes that the confidence gained from winning ‘The Colossus’ will serve him in good stead and he dreams of evening winning the WSOP Player of the Year award.