Breitling Blames Regulations for Decline in US Online Poker Revenue

Breitling Blames Regulations for Decline in US Online Poker Revenue 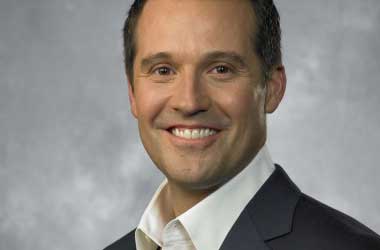 Tom Breitling, the co-founder of Ultimate Gaming, released a video titled “Year One: Lessons Learned – Market Size” (shown below) last week, which shows that his opinion of online poker regulations within regulated US markets is poor.

The video clip, which is around four minutes long, was released almost at the same time the NJDGE released its April revenue report for online poker.

According to Breitling, the low revenue numbers for online poker are because of a number of factors, including regulations. He noted,

When regulations enter the picture, there are complications that cut into the size of the market, around 10 – 20 percent of the customers are lost whenever they are asked to make a computer click in the e-commerce procedure. Looking at it another way, you lose 1 to 10 customers with every click.

Further criticizing the clicks, he said that those who had played poker games online in the past never had to undergo such a detailed procedure full of additional clicks. He pointed out that no online poker company had ever requested geolocation information or social security numbers from their potential customers.

This friction impacts the user experience and affects revenues, it is something like asking people to take off their footwear before walking through metal detectors at airports after they were permitted to walk up to the gate for several years

Comparing all the requirements associated with signing up at a US online poker room to mortgage procedures, he said that no poker company requires all this information from customers just to allow them to play online poker games.

Complaining that impractical first-year revenue projections pushed Ultimate Poker off balance, he predicted a breakthrough in the market in the near future. Stating that the population of the US is over 300 million, that 91 percent of adults own smartphones, and that every two persons out of three in the US have visited land-based casinos last year, he said that these people will soon start playing their favorite casino games online.

Breitling, however, did not speak about Ultimate Poker’s poor performance in New Jersey in April, during which the online poker room lost 39 percent of its share in the market. Ultimate Poker’s revenues, which were $100,289 in March, fell to $49,252 in May. Although all NJ online poker rooms suffered a similar fate, none of them experienced such a huge fall in revenue.