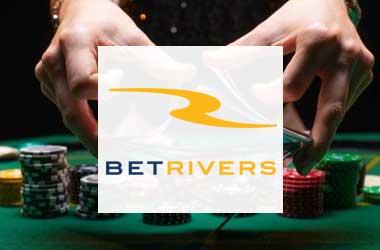 The acquisition allowed RSI to expand its gaming portfolio, paving the way for a potential online poker launch in the US. Eight months later, it remains unclear when that would happen, with RSI staying tightlipped on its online poker plans. But that doesn’t mean RIO is being placed on the back burner.

A recent move by the company could mean it’s preparing to launch the platform in North America under the BetRivers brand.

Online Poker Not Likely In 2022

During its Q3 earnings call, discussions mainly revolved around the company’s expansion efforts in North American markets where sports betting and online casino gaming are currently active. While company executives did not specifically mention “online poker“, it’s safe to assume that RSI could be eyeing to roll out online poker in the US as it is part of the iGaming vertical.

The BetRivers brand, owned and operated by RSI, is currently live in five North American markets: New Jersey, Michigan, Pennsylvania, West Virginia and Ontario. The brand offers online casino and sports betting. RSI could decide to add online poker to its offerings in any of these markets, though there would be challenges along the way depending on the jurisdiction that the company is targeting.

Schwartz said they’re also monitoring developments in four states which could legalize iGaming in the near future: New York, Indiana, Iowa and Illinois. The CEO said RSI is actively supporting efforts to lobby for online gaming legislation in those states.

If iGaming eventually becomes legal in the states mentioned above, it would be easy for RSI to launch online poker considering that BetRivers is already active in three of the states, Iowa, Indiana, and Illinois.

Also in August, RSI CEO Richard Schwartz stated that the company would “eventually” launch online poker in the US. While RSI couldn’t give an exact timeline, it’s most likely that things will unfold in 2024.