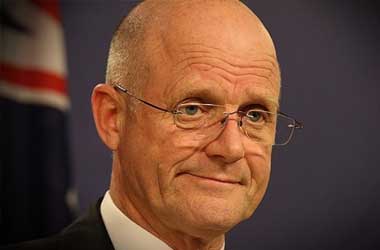 As the Australian parliament moves towards approving a legislation that will shut down online poker in the country, one legislator is still fighting to protect the game.

Sen. David Leyonhjelm of the Liberal Democratic Party is a vocal supporter of poker players opposing the proposed amendment which might result in online poker in Australia becoming illegal.

Leyonhjelm has presented the case of the Australian Online Poker Alliance, a players association during the debate and highlighted their objections to the bill requesting for an exemption to online poker from the amendment bill. He lost out in that attempt, but Leyonhjelm has said that he would continue his efforts to keep online poker legal in Australia.

Although Leyonhjelm is not a poker player, he said he was supporting poker players because he is a staunch libertarian. He stated that he was against any measures that reduced liberties of citizens. The next steps by Leyonhjelm could take include initiating an inquiry that will highlight the issues with the amendment. One of the major issues is that the law wasn’t targeted at online poker.

The Interactive Gambling Amendment Act was in fact seeking to plug loopholes in the original act that allowed sportsbetting to occur via telephones which was being exploited by companies through the use of click-to-call feature on their websites. To get the inquiry going, Leyonhjelm will however need to lobby for support from other lawmakers which may be difficult to get since there is already a backlog in the legislature.

The senator is however hopeful that his vote may prove to be helpful. His vote along with 11 other senators who make up the crossbench have the power to influence votes when the government and the main opposition parties disagree.

The process of launching and carrying out the inquiry is a long drawn one, involving development of a report, debates in the Senate and a government response. This process is likely to take up to a year. In the meanwhile, Leyonhjelm said that poker players could help, urging them to contribute to the discussion by submitting their views to the House of Representatives once the inquiry is underway.