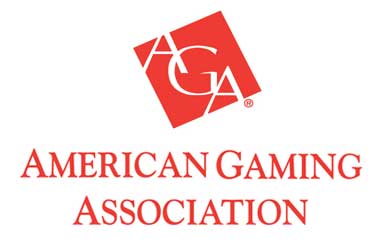 Sheldon Adelson, billionaire and Las Vegas Sands owner has always been against online betting in the U.S. However, just recently he announced that he was going to start a large media campaign focusing on the evils of online betting in the U.S. This campaign would bring together some of the most influential individuals in the country and will be personally financed by Adelson.

This announcement did not go down to well with the American Gaming Association (AGA). The AGA is top lobbying group for the commercial casino industry and incidentally Adelson’s Las Vegas Sands is a member of the AGA.

This is perplexing because the AGA is one of the main groups pushing at federal and state levels for the legalization of online gambling and Adelson is doing the exact opposite. The reason why this is important for the AGA is because it is primarily concerned with the roll out of a federal bill as the state-by-state legalization is slow and a tedious process. The AGA understands that a national authorization at one go will bring in a lot more money for casino’s all across the U.S.

Responding to Adelson anti-online gambling campaign in the U.S., the AGA released a statement which said

Time and again, government efforts to prohibit use of everyday products have failed. In 2012, Americans spent nearly $3 billion gambling with rogue offshore operators. The Internet cannot be forced back into the bottle — nor can market demand. We support pragmatism and strong regulation of online gaming that protects consumers, prevents underage play, ensures the integrity of the games and empowers law enforcement. New government efforts to prohibit online gaming will unintentionally strengthen black market providers, create more risk for American consumers, including children, and drive U.S. jobs and potential revenues overseas. We appreciate divergent viewpoints and welcome a healthy discussion on this complex issue.

Adleson’s stand against the online gambling industry has raised a lot of speculation because he is a casino owner and his Las Vegas Sands is currently offering mobile sports betting in the state of Nevada. Hence, his views on the moral implications of online betting and the negative impact that it will have on children is up for debate.

Most of his critics believe that the reason why he is against the legalization of online betting is because he feels threatened that the online betting market will eat away at the revenue of land based casinos.