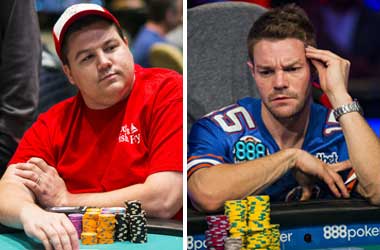 Most of the time when poker players enter into a prop bet, it’s done in good jest and tends to make the news for all the right reasons. Sometimes though as in the case of Shaun Deeb and Tony Miles it can backfire.

The two poker players entered into a prop bet in 2018 over a reality show that Miles loved – America Ninja Warrior.

The prop bet was for Miles to get on the show and get past one round which is difficult to do as it comprises of some really tough physical challenges. Deeb gave Miles odds of 25/1, 20/1 and 15/1 over a three period in which he had time to complete the bet. Miles put down $5,000 which he would have to hand over to Deeb if he did not complete the bet in three years.

Miles got a call to the show in 2019 but did not succeed. He tried out again in 2020 and got on the show once more. During this time, he suffered a serious road accident that resulted in a bad shoulder injury. However, he worked hard to get back into shape and compete on the show.

America Ninja Warrior has rules that allow players to go to the next round without hitting the buzzer. They informed Miles that he had made it to the semi-finals even though he did not hit the buzzer. Miles was surprised as he did not know this was possible and apparently even Deeb did not know.

Miles informed Deeb that he was now in the semi-finals and wanted Deeb to pay up. Deeb refused claiming that Miles technically did not clear the round as per their bet and the disagreement started with both taking to social media. Deeb called Miles a scammer and cheat while Miles decided to pay up the $5,000 and put an end to the controversy even though he says in his mind he won the bet.