Absolute Poker Second Set Of Claim Reimbursements To Be Processed

Absolute Poker Second Set Of Claim Reimbursements To Be Processed 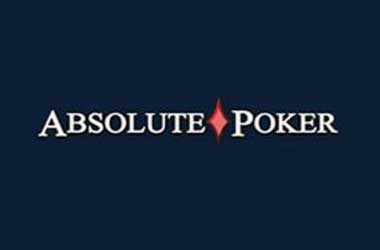 PokerStars has since reimbursed all of its U.S players but FTP struggled to reimburse all players because some of its former owners used player funds for their own expenses. Full Tilt Poker helped to refund players but the process took a number of years. The process was supervised by the U.S poker players lost millions of dollars when Absolute Poker (AB), a leading online poker website went off the grid after the infamous Black Friday. (GCG) which was appointed by the Department of Justice as the claims administrator The GCG was also appointed as the claims administrator for AB and announced in August 2017 that AB poker players who had money owed to them would begin to be reimbursed.

They received a specific set of instructions on how to send in their claims and hundreds of AB poker players were surprised when they found money coming into their accounts. However not all of AB poker players were reimbursed during the first set of refunds. Now GCG has confirmed that it has approved a second set of claim reimbursements and those players who still had money due to them, can expect to be reimbursed in the coming weeks. GCG will send out emails to the set of players who will be reimbursed during the second round. They will receive an email informing them of the amount that will be credited and the method of payment that will be used. There will also be information as to what banking information will be required in case of electronic fund transfers.

The GCG put up a message on its website to help AB players with the claim process. The message says

To receive the balance of their payment, Petitioners must provide GCG with the information required to complete a Unified Financial Management System Vendor Request Form. Instructions on how to provide this information will be included in the email notice