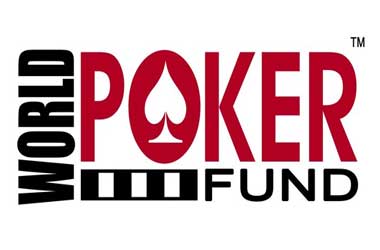 One of the hottest investment trends this year is in initial coin offering (ICO). The World Poker Fund Holdings (WPFH) is taking advantage of this investment trend has announced that it plans to sell its digital currency offering by holding a $50 million ICO.

Though still under development, the cryptocurrency is slated to be launched in the second quarter of 2018.

Companies are taking advantage of the unique blockchain technology to offer their own cryptocurrencies. With Bitcoin's meteoric rise in value, this is becoming a very attractive investment move.

This is usually because getting into the ground floor of a new cryptocurrency ensures that investors have a lot of it when it starts increasing in value.

WPFH is a developer of social gaming platforms that caters to both the online and offline market. With the gambling industry becoming such a powerful force thanks to online popularity, several powerhouse investors have banded together to create a powerhouse gaming brand.

As an example of just how far it has come so quickly, WPFH recently inked a deal with Oscar De La Hoya and his Golden Boy Promotions. In the deal, WPFH gets the license to use the De La Hoya brand in a line of slot machines. This is part of its CelebrityWorld.com push, a social gaming site that focuses on highlighting the brands of various celebrities. This includes famous rappers and artists like Soulja Boy and former WSOP Main Event Champion Jamie Gold.

The company has no presence in the United States but has already spread out to other parts of the world. The latest success is its acquisition of an online gambling license from Spain. The company plans to run an online casino in Castilblanco, while also getting a live casino license in the same area.

The upcoming ICO will allow the WPFH to develop a cryptocurrency that will work seamlessly across its properties both offline and online.

In a statement, Travis Kasper, chairman of WPFH said

We are excited to be developing a coin catered to the gaming world. This ICO will not only integrate our digital currency into casino games and apps, it also allows WPFH a funding mechanism to develop and integrate blockchain mining technology into our projects

The digital currency produced by WPFH will be traded via an Alternative Trading System (ATS) managed by the SEC. This allows various parties to trade for the cryptocurrency by matching buyers and sellers, making for smooth trades. Since the cryptocurrency will also be filed with the SEC under new regulations, investors will be able to see dividends on their investment if they participate in the ICO.