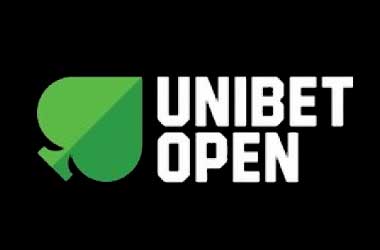 The Unibet Open has been doing the rounds for the last 10 years and has turned into one of the most popular poker tournaments in Europe. Poker players all over Europe will be excited to know that the Unibet Open will be hosting one more exciting event before the end of the year.

Unibet Open will return to Bucharest, Romania for just the second time in its 10 year history. The tournament will start on November 30 and run till December 3 and have 5 days of action packed events including its €1,100 Unibet Open Main Event which has a guaranteed prize pool of €500,000. Unibet Open Bucharest will take place at the JW Marriott Bucharest Grand Hotel and some of the top poker players in Europe are expected to be in attendance.

Unibet Open held its first event in Bucharest in 2016 and was very happy with the response it received and as a result decided to come back in 2017.

The Unibet Open Bucharest Main Event in 2016 saw a total of 603 player registrations which helped create a massive guaranteed prize pool of €584,910. The Main Event was won by local poker player Traian Bostan who walked away with €100,000. Tournament organizers are expecting the 2017 edition to draw bigger crowds and it is quite possible that the guaranteed prize money for the Main Event will be a lot bigger.

The Main Event will start with two opening flights on Nov 30 and Dec 1. Players with start out with 30,000 in chips and blinds will be increased every hour. Those players who survive will have to battle it out for 48 hours until the winner of the Main Event is crowned. Players who are finding it difficult to raise €1,100 for the Main Event buy-in, can take advantage of the online satellite events being held at Unibet which gives the winner an opportunity to qualify for the Main Event.

Unibet Open Bucharest also has a number of low stake events scheduled to enable poker players from all backgrounds to get a chance to play. Some of the low stake events include a €170 Monsterstack which has two opening flights and a special €110 Ladies Event which takes place on Dec 2. Some of the other exciting events include the €2,200 NLH High Roller, Progressive Super Knockout and the NLH Turbo Bounty. To find out more information about the tournament, do visit the Unibet website.