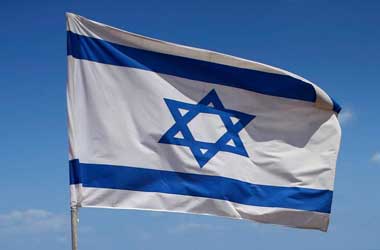 The recent proposal by Israel’s tourism minister to establish up to four casinos in the resort city of Eliat has come under a lot of criticism from many quarters. Even though the game of poker is illegal, it has always been popular in Israel and flourishes as an underground business.

A number of Israelis regularly travel outside the country to places like Bulgaria, Malta and the Czech Republic to gamble in casinos and also buy tickets to get on ships outside the country’s territorial waters which are used to hold poker tournaments. While this remains a safe option for Israelis to play poker legally, a number of them are willing to take the risk to play cash games within Israel.

These underground poker games are held on a regular basis and the location is known to only a select few who attend on the basis of a personal invite.

This is done in order to keep the law at bay and often the locations keep changing at short notice.

In a statement, D an unnamed amateur player said,

There are two main ways of attending a Texas Hold’em evening. Groups of friends organize it, or there are ‘clubs’ – also called ‘parties’ – where the games are actually arranged on a fixed schedule. The clubs are apartments given over to poker games; no one really lives in them. The clubs take a percentage, a kind of tax, on the winnings. That’s how they make their money.

Some tournament organizers are more exclusive, hosting parties where the clientele is carefully selected and no one can join without an invite.

Poker enthusiasts, according to D range from ultra-Orthodox Jews to army officers to doctors. D has stated that he haswitnessed violence very rarely despite being a regular at these events. Although police raids are not common, if caught organizers of these events and tournaments risk three years in prison while players face up to a year in jail.

Efforts to legalize poker have not borne fruit as poker is considered as a game of chance by Israeli courts. Eran Rokwho was convicted of organizing an illegal poker tournament tried proving to the court that poker is game of skill by bringing in an expert in Prof. Zvi Gilula who works at the Hebrew University’s statistics department.

Gilulastated in court that the game of Texas Hold’em requires skill and judgement and a player needs more ability more than luck to win. The arguments however failed to convince the court and Rok’s conviction was upheld.

The social ill-effects arising from gambling are cited as a key reason for the opposition against legalizing poker in Israel.