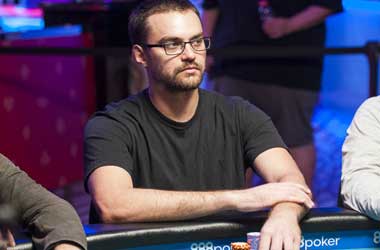 Black succeeded in taking down this massive playing field and emerged victorious to walk away with the trophy and C$1,400,000 in prize money. The million-dollar win for Black is his biggest yet, doubling his total live earnings to more than $2 million.

Black had to battle it out with poker pro Darryll Fish who finished in second place and took home C$1,200,000 for his efforts. Black had a huge 3-1 chip lead when the two started to play but Fish fought his way to close the gap and put up a great fight. In third place, was another American pro Anthony Ruberto who took home C$1 million.

Apart from his latest win, some of the highlights in his career include his $545,430 payday for finishing second during the Millionaire Maker at the 2017 World Series of Poker (WSOP), and his first tournament victory at the 2016 Deep Stack Extravaganza III in Las Vegas where he won $50,945 at the NLH Bounty.

When asked about his win, Black says that he’s still in shock, but feels great overall. He also heaped praise on partypoker for running a well-paced Main Event.

In a statement, Taylor Black said,

It’s been really well run, especially the structures, it kind of starts out fast and slows down as you get deep. We’ve got a lot of play deep. I think it just makes a lot of sense. They seemed to have listen to some people who know what they’re talking about, which is pretty rare for most of the others that we won’t mention.