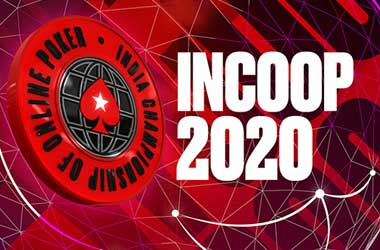 PokerStars India is set to host its biggest ever online poker festival in India.

The Indian Championship of Online Poker (INCOOP) will make a debut on September 3, and will run for two weeks with a whopping 9.05 Crore ($1.2 million) guaranteed across a total of 205 tournaments!

This is the Indian version of PokerStars’ hugely popular tournament series, the World Championship of Online Poker (WCOOP), one of the world’s most prestigious and longest-running online poker festivals.

PokerStars India wanted to accommodate as many players as possible by coming up with a schedule that features buy-ins for all bankrolls. With dozens of tournaments to choose from, you’d surely get something that suits your level.

The series also has a dedicated INR 10 Lacs Leaderboard, giving players the chance to boost their winnings if they manage to make it to the top 150 places by the end of the festival. The winner will walk away with INR 200,000 in cash prize.

The leaderboard race kicks off on September 3 and runs through to September 22. The promo applies only to INCOOP events. You’ll earn points according to your finishing position. If two or more players end up with the same accumulated points, the total amount of their winnings will determine who takes home the leaderboard top prize. The prizes will be credited to the winners’ respective accounts within 72 hours following the conclusion of the festival.

The exciting offers do not end there though, as PokerStars India is also running a Freebuy event on September 20, with 50 Main Event seats up for grabs! The best part is, you can always re-enter the Freebuy tournament if you fail on your first attempt.

INCOOP 2020 is the second Championship tournament series to be hosted by PokerStars in the segregated Indian online poker market. In 2019, the online platform also played host to the inaugural India Summer Championship of Online Poker (INSCOOP).