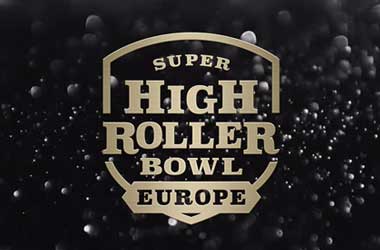 PokerGO is bringing one of its most popular poker festivals to Europe. The Super High Roller Bowl (SHRB) will run from August 23-31 at the five-star Merit Royal Hotel Casino & Spa in the city of Kyrenia, situated along the northern coast of Cyprus. As usual, the festival is not for the faint of heart, with buy-ins starting at $25,000, going all the way up to a whopping $250,000.

It is the first Super High Roller event to take place in Europe since the start of the COVID-19 pandemic.

The festival will culminate in a $250,000 buy-in NLH Main Event which will take place on August 30. Some of the best players in the high roller circuit, as well as several wealthy business people are expected to take part in the three-day event.

The latest player to win an SHRB Europe Main Event was Timothy Adams, who bested a 40-entry field in the $10M GTD tournament in Sochi, Russia in March 2020. Adams took home $3,600,000 as top prize, while runner-up finisher Christoph Vogelsang walked away with $2,400,000. Adams triumphed in the Sochi tournament after also winning SHRB Australia Main Event just a month earlier, during which he scooped $1,446,112 in first-place prize.

SHRB Europe is presented by poker tournament organizer Merit Poker. Its president, Songul Bekem, said they are thrilled to welcome the prestigious series to the Merit Royal Hotel Casino & Spa. To make the experience more worthwhile for players, the five-star hotel is offering free accommodation to those spending $100,000 or more on SHRB events.

For the first time ever, Poker GO is also partnering with global payments service Luxon Pay in hosting SHRB Europe. To celebrate this new partnership, players who buy into €90,000 worth of SHRB events will become a Luxon Pay Premium member.

The festival will be livestreamed on PokerGO, as announced by Poker Hall of Famer Mori Eskandani, who currently serves as president of the subscription-based poker streaming service.

Commenting on the upcoming festival, Eskandani said SHRB events represent the top most level of competition in poker where star players gather to participate in top-notch high-stakes action and compete for mouth-watering prizes.

The SHRB has brought nosebleed poker action to multiple locations around the world, including China, Australia, the Bahamas, London, and Russia. In June 2020, PokerGo ran an online edition of the SHRB, in partnership with partypoker.