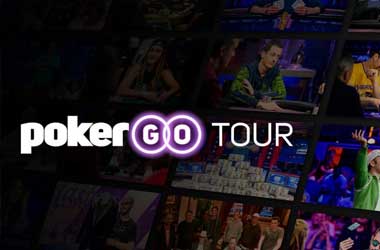 PokerGO is officially back to hosting multiple high-stakes poker tournaments in 2021! The popular poker streaming service temporarily suspended its live poker offering in 2020 due to the COVID-19 pandemic.

Now that things are slowly going back to normal at the live felts, PokerGO will once again be busy in the next few months holding its flagship events, as well as introducing new offerings. The cherry on top is a new points system geared towards the world’s best and finest poker pros, with $175,000 in extra prizes going to the top three finishers!

The high-stakes tournaments that PokerGO is set to host in 2021 will form part of “The PokerGO Tour“. There will be around 150 tournaments running throughout the rest of the year, with buy-ins starting at $10,000.

PokerGO will celebrate the return of its popular live tournaments by bringing poker at the center stage of global sports, something that has “never been done before“, according to PokerGO President Mori Eskandani.

In 2020, PokerGO was only able to host two Super High Roller Bowls which were both captured by Timothy Adams. The Canadian poker pro’s back-to-back victory earned him over $5 million in total winnings. After that, the live poker scene had gone dark and silent as a result of the coronavirus pandemic, and the other scheduled events on PokerGO’s live calendar were ultimately dropped.

Now they’re coming back, starting off with the US Poker Open which will run from June 3-14, featuring 12 tournaments. Up next will be the PokerGO Cup scheduled for July 1-10, a new event that features eight tournaments. It will be followed by another new addition to PokerGO’s live tournament offering, the PokerGO Heads-Up Championship, which will take place on July 12.

The popular Poker Masters will also make a return, running from September 13-24. It will include 12 tournaments. The $300,000 buy-in Super High Roller Bowl will hit the live felts on September 26.

PokerGO To Partner With Other Live Tours

Based on the official schedule released by PokerGO, its proprietary events only feature a total of 34 individual tournaments. But PokerGO indicated in its presser that the leaderboard will cover some 150 qualifying events. The company has yet to announce the exact details, but it is expected that the rest of the qualifying tournaments will come from partnerships with other live tours.

The player earning the highest points at the end of the 2021 season will receive an extra $100,000 in cash, and will be named Player of the Year. The second and third-place finishers will also take home $50,000 and $25,000 respectively.