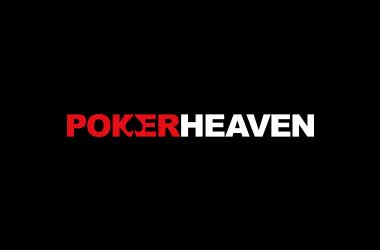 Poker Heaven launched operations in 2005 and initially operated on the St. Minver Limited network and managed to build a small but faithful group of players who helped the website stay afloat even in the midst of challenging times. The website which currently runs on Microgaming network recently announced that it was unable to sustain itself on current revenues and was forced to shutdown its operations.

Poker Heaven has decided to shutdown all games on the Microgaming network on the 12th of November but players will still be able to access their Poker Heaven account to make withdrawals.

The website has already intimated players to withdraw and close their accounts before the 19th of November. After this deadline, players who have not withdrawn their funds will still be able to do so but will have to follow a manual e-mail process.

When Poker Heaven initially started the company targeted US and Russian based poker players but had to change its strategy when the 2006 UIGEA was passed in the US. The company has tried to build a database outside the US but has found it difficult to gain a steady flow of traffic and as a result its customer base was very limited. Bigger players like PokerStars, Full Tilt Poker and Party Poker used their bigger budget to launch large scale marketing campaigns that made it difficult for smaller sites like Poker Heaven to compete.

The website migrated to the Microgaming network in 2014 but once again faced a similar situation as the bigger skins on the network continued to dominate traffic and Poker Heaven finally decided to call it a day. The website assured its players that their money is safe and the website is committed to ensuring that all players are able to withdraw their funds smoothly.

Poker Heaven have teamed up with Betsafe.com so you can continue playing on the exact same Poker software. Sign up by clicking here and you will be eligible for an exclusive offer only available to Poker Heaven players where you will receive a free welcome package

The website also confirmed that its loyalty program shutdown on the 1st of November and all outstanding loyalty payments have already been settled.