Poker Dangal Slowly Making A Name For Itself In India

Poker Dangal Slowly Making A Name For Itself In India 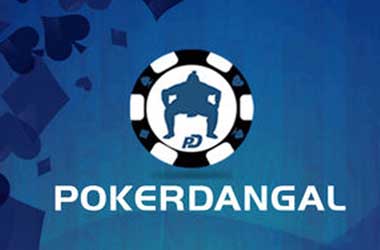 If you are a poker player based in India, you may have heard about Poker Dangal which is a fast-growing online poker site in the country.

Its main goal is to redefine poker in India by offering exciting poker variants and providing a safe, secure and reliable gaming environment for players.

Poker Dangal launched operations in 2017 as a new and relatively small player in the country’s budding online poker market. It was started by Delhi entrepreneur Varun Mahna, alongside three other co-founders — Varun Puri, Shashwat Jain and Karan Gandhi. It was launched as a flagship product of Xeta Networks.

Since its launch two years ago, Poker Dangal has grown to become one of the leading online poker platforms in India, and made a mark by becoming the first poker site to introduce the popular five-card Pot Limit Omaha variant. It also offers Texas Hold’em and four-card pot limit Omaha which can be played in both cash games and multi-table tournaments.

Despite legal hurdles, India has become an online poker hotspot, with a number of major operators now entering the country to take advantage of its booming online poker market. The game has also become popular especially among young players, as reflected in the massive number of active users at the different online poker platforms available in the Indian market.

Some of the features that make Poker Dangal stand out from the rest of the competition include:

Poker Dangal makes sure players can easily access the platform by making it available on desktop, Android, and iOs. This means users can play real cash poker anytime, anywhere from the comfort of their homes using their smartphones. The site’s five-card Pot Limit Omaha games are also a hit among its users because as the variant is fast-paced and offers high winning potential.

Poker Dangal uses an Australian lab-certified random number generator software to preserve the game’s integrity and provide a fair and safe platform for its users. The site has also invested heavily in developing appealing UI/UX designs to forge a more engaging gaming environment for players.

The site also maintains high satisfaction levels among its wide player-base by putting in place a loyalty program, promotions, as well as an instant cash-out system. This enables players to instantly transfer their winnings to their bank accounts without hassle. On top of that, they can also win extra prizes in the form of exciting gifts like smartphones, bikes, and cars.

Right now, Poker Dangal has continued to attract interest among investors. More recently, an Indian investor poured Rs. 2.5 crore into the company, which will go towards improving the platform to better serve its existing customers and attract new players.