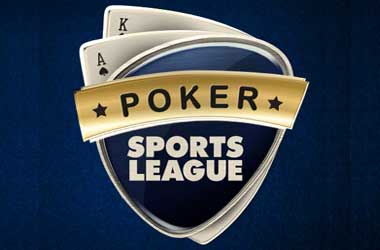 Poker Sports League (PSL) Season 3 is set to kick off in November and will run till March 2020.

The league, which is sponsored by the country’s largest online poker site Adda52 and Dabur scion Amit Burman is offering a whopping Rs.4 crore rupees as the guaranteed total prize pool.

Online qualifiers for the league will begin next month on Adda52 and will be absolutely free to enter. They will be held until February 2020. Players may also take part in physical qualifiers for the Main Event, which will take place in Delhi, Mumbai, Kolkata and Bangalore. PSL’s latest season will be boosted even further by an extra $2 million, courtesy of the league’s founder Amit Burman.

Platform for Both Amateurs and Pros

When founder Amit Burman announced the launch of Season 2, he said owing to the successes of the league’s two previous editions, his company was eager to increase their investment in the upcoming season. The PSL serves as the ideal platform for amateurs and professional poker players to showcase their skills.

PSL CEO and co-founder Pranav Bagai said that the league promotes responsible play through a unique coaching system that will guide players all throughout the huge event. Participants, especially amateurs, will not only get the chance to win a piece of the Rs.4 crores in guarantees — they will also be able to hone their skills, learn more, and enjoy the beautiful game of poker.

The league has gained positive feedback thus far, with Season 3 expected to attract a huge turnout not just from India but also from different parts of the world. Bagai said the PSL is creating waves in the Indian poker scene as they are also the first company in India to produce poker shows, through their top-notch, modern production studios located in Goa.

PSL is India’s first poker league which started in 2016. It utilizes a unique team-based format, with each team comprising of both amateurs and professionals. The previous season (Season 2) took place at the Deltin Royale Casino in Goa in May 2018. Goan Nuts came out on top and took home Rs.2 crore rupees as the top prize. After 16 months, the PSG is back and is expected to be bigger and better than before. Registrations for the upcoming season run from October 1 to January 5.