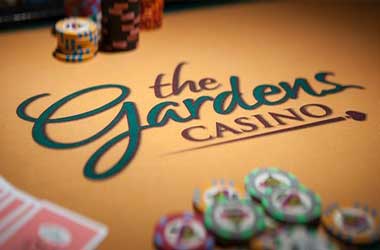 The Gardens Casino in California is bringing back its daily poker tournaments from August 3, after a two-year hiatus due to the pandemic. In addition to that, the casino is also keen on resuming its partnership with the World Poker Tour (WPT), with the return of the popular Satellite Spectacular promotion.

Daily Tournaments are Officially Back

For the time being, tournaments are available on Wednesdays, Thursdays, and Fridays with buy-ins ranging from $130 to $240. The Wednesday Bounty tournament is back, but this time around, the guarantee has doubled in size which will attract more players.

The Friday tourney is also expected to draw huge numbers, given its huge popularity before the pandemic where it would consistently smash its $20K guarantee, with prize pools reaching $50K.

The good news was announced on Twitter by Cavin Quintanilla, Tournament Manager at Gardens Casino. Quintanilla is delighted that players can finally continue grinding the tables at Gardens. The South California poker scene is excited for the return of the tournaments and the response has been overwhelming so far, according to Quintanilla.

Gardens also announced that it will continue to run the Satellite Spectacular promotion in partnership with the WPT. The promotion was suspended in 2020 due to the pandemic.

Players can now begin earning points with every daily event they play. They can then use those points to qualify for the WPT
Satellite Spectacular tournament. Players only need at least 10 points to enter and the number of points they accumulate will be the main basis for the amount of chips that they collect when they start the tournament.

Those earning 10-20 points will have 2,000 chips, while players with 60 point or more will sit down with 6,000 chips. Six players will walk away with a WPT World Championship package which covers the $10,400 buy-in and more than $2,000 in travel and accommodation expenses. Additionally, the recipients will get special VIP passes.

The WPT World Championship will take place in December at Wynn, Las Vegas and comes with a massive $15 million guarantee. The Satellite Spectacular promo runs until October 30.

There are no major tournaments coming to Gardens for now but Quintanilla said they’re all looking forward to that and will keep the players informed of any major developments.