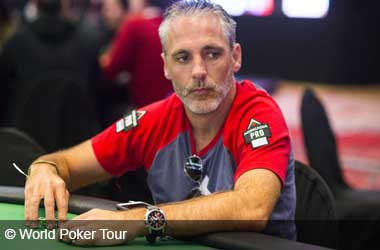 The 2020 World Series of Poker (WSOP) is finally over, culminating in a special heads-up finale which took place at the Rio All-Suite Hotel & Casino in Las Vegas this week. When the dust settled, it was Damian Salas who ultimately secured the title.

It wasn’t an easy battle for the Argentinian poker pro as his opponent Joseph Hebert also put up a good fight, with both players passing the lead back and forth between each other throughout the long match which involved 173 hands.

Salas, who failed in his bid to win his first gold bracelet back in 2017 when he finished 7th in the prestigious tournament, finally redeemed himself just three years after, becoming the first player from Argentina to win a WSOP Main Event.

Salas already won $1,500,969 by winning the international portion of the tournament, and he was able to boost that with another $1 million after conquering the heads-up finale. Apart from taking home his maiden bracelet, Salas has also been declared as the official 2020 WSOP Main Event champion.

Hebert may have fallen short of winning first WSOP Main Event title but he can always bounce back, just like what Salas did. The Metairie resident can still take comfort in the fact that he already earned over $1.5 million after taking down the domestic portion of the tournament in late December. He won his way into the event via a $300 satellite on WSOP.com.

Salas was leading in the early stages of the match, but Hebert managed to grab the lead and even pulled off an 8:1 chip advantage after winning a huge pot. The American poker pro was playing for his late mother Linda who passed away last year.

Salas was able to narrow the gap after finning the all-in battle of the match on the 83rd hand. From there, the action had been nail-biting, with the lead being passed back and forth. The deciding moment came in Hand #173 during which Hebert jammed with ace-queen, prompting a call from Salas who had king-jack.

The Argentinian spiked a king on the flop to take the lead, and subsequently the turn and river favored him by giving him a full house. And right there, he knew he’s officially a WSOP champ!

It’s been a long journey for Salas who was initially blocked from entering the United States for participating in the international final table at King’s Resort in Czech Republic. It was for this reason that the heads-up finale was moved to January 3, instead of the original December 30 schedule.

WSOP Executive Director Ty Stewart thanked everyone who supported the event amid the COVID-19 challenges. It still remains unclear whether a live WSOP festival will finally be held in 2021.